I have had a little yellow 1958 Hamilton pedal jeep on my front porch ever since we moved into this house. It was very poorly painted by me for a drama prop, rusting and full of cobwebs. Bryan decided to restore it to it's original look, which was a Police (highway) Patrol jeep. Now it will have a place in the house. I think it looks amazing. We are just waiting for the little hood ornament to get here. There are very few pictures on the web of these because the Police Jeep was only made in 1958. They then made that body style into Army and Air Force jeeps and a pink jeep for girls. But we knew that the original paint was white and that there was a speaker in the front grill. That was because in the Patrol car there was a working hand held mic. That was the only part missing on my car and not reproduced because they are fairly
rare. But amazingly enough right in Lincoln is Speedway Motors which is the place to get pedal car parts and they had the decals for the car. We were at an antique store and I found an old operators headset. The mouth piece on it looked so much like the mic in the pictures that Bryan was able to take that part, put an old screwdriver handle on it and viola! little police mic. It doesn't actually work but it makes the car complete. For some odd reason the advertisement from 1958 has the car colored yellow but lists white as the color. 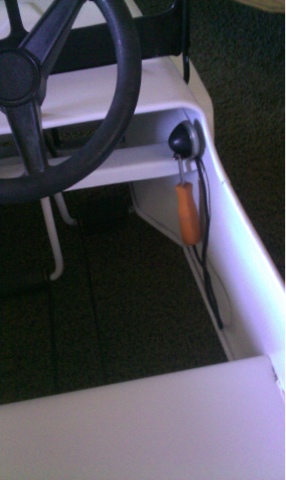 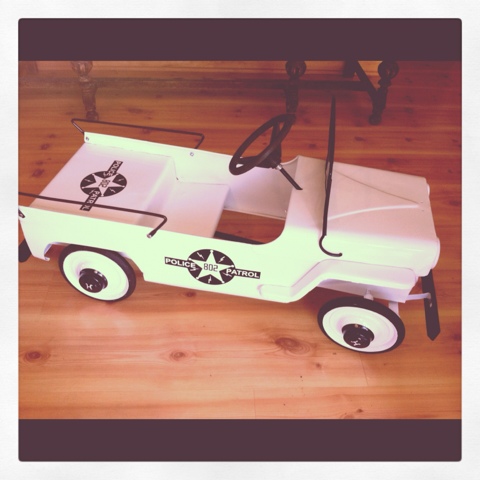 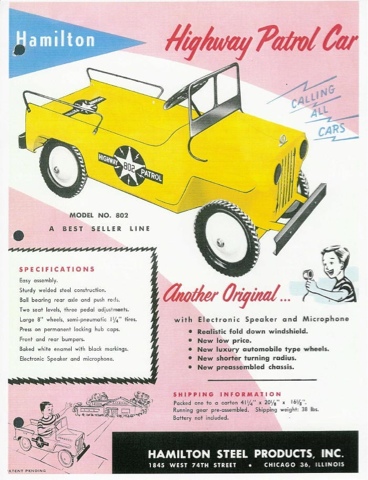