This was taken on Wednesday last week. It was 70 degrees and amazing. Hudson played in the sandbox or outside almost all day. Boden and I spent as much time out there as we could also. 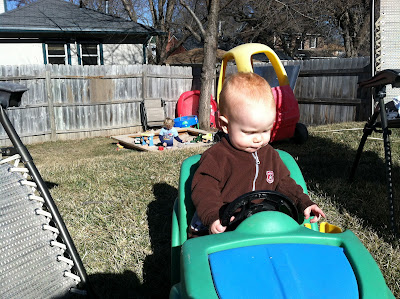 On Thursday afternoon Ashley and I headed down to Kansas City for her final meeting with the Avant staff. It was clear and a really nice 58 degrees. We got down there and they put us up in one of their motel rooms. It was really nice. Ashley met with the guys on Friday morning. The weather had gotten really rainy but still in the 50s. After her meeting a couple of the ladies wanted to take us to lunch so we did that. The temps had dropped to the 40s and still raining. After lunch Ashley and I decided to go to Zona Rosa, a shopping center very near Avant. I couldn't resist these boots... 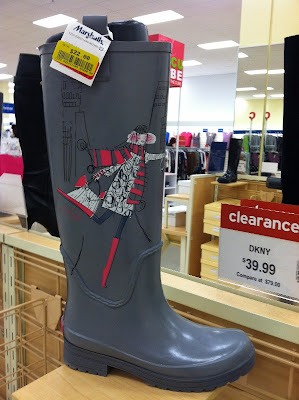 We were going to get up Saturday and go to all the antique stores along the way home. At 7:30 that morning Bryan sent me a text that said "snowing and getting worse" so we got ourselves packed up and out of there at 8:20. Thinking that we would get home ahead of too much accumulation. We were driving in rain and 40 degrees. Right outside of St. Joseph, MO, Bryan called and said that a friend from our area had called him and told him that our roads were impassable. He was in town at his mom's by that time. Ashley and I were having trouble envisioning this because we still hadn't seen one bit of snow. But we needed to stop somewhere to spend the night because Bryan told us to. (very frustrating to be that close to home and not be able to get there) So Ashley called a hotel in Auburn, NE and the lady said she had one room, but it wasn't snowing and she would have to get it ready. (This was at 10:30 in the morning) Then she said "Are you sure you can't make it home?"  So Ashley explains about our roads being drifted in etc. and us needing a room. So she says "Give me until 12:30" so we are in Auburn at 10:30 in the morning and believe me when I say that we exhausted all there is to do by 12:30...we got to the hotel at 12:30 like she said and walked into this lobby. I felt like I was in the hotel lobby in an old movie... 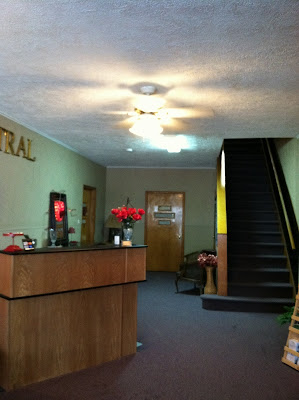 No one around. Ashley calls the number again. The lady comes down the stairs and says "I'm not ready yet. Are you SURE you can't make it home?" (by this time we are thinking she really doesn't want our business) "No we can't" It is just beginning to snow in Auburn and we are having trouble imagining that we can't get home. So finally at 1 our room is ready. We go dump our stuff in it and turned around and bumped into each other because it was so tiny. Oh the joys of a small town. But it was clean and a place to stay. We decided that we needed to not be in there all day so we went back out and about. I said we should find a Skagway to shop in. Well, we did find a Pamida and buy some movies to watch on Ashley's computer. Then toward late afternoon we were tired of cold and damp so we went back to our room. Ashley's computer decided at that point to have issues and finally we got the movie to work. When we got up Sunday morning I sent a text to our friends out by us and they said the plows had been through so we got packed and headed home. Still not much snow on the ground and still not believing that we couldn't have made it home.
Good thing we didn't try...But believe me when I say that we were literally 5 miles from home before I finally said "Well, ok we really couldn't have made it home yesterday." All the time we were in Auburn, Bryan was in town but at his mom's house so that was nice for them. Church on Saturday night was cancelled but they had services on Sunday. 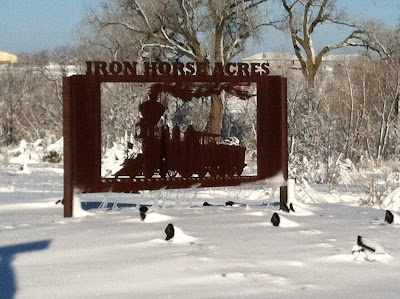 Our dear friend, Steve, had been over to the house with his 4 wheel drive tractor and cleared out our drive up to the house. When Ashley and I got home we just had to shovel a couple piles away from the garage doors and do the sidewalks, then she did the rest of the concrete pad. 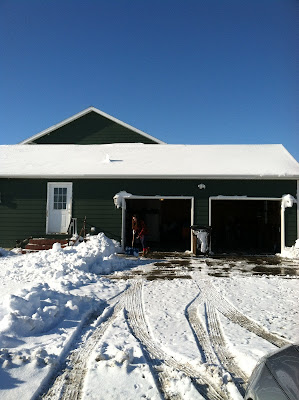 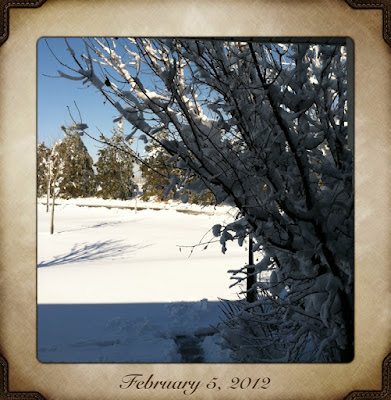 Of course it was the Super Bowl that night. But the temps got into the 40's, main roads were clear and everyone was ready to get out of their house so we had some people over for that. 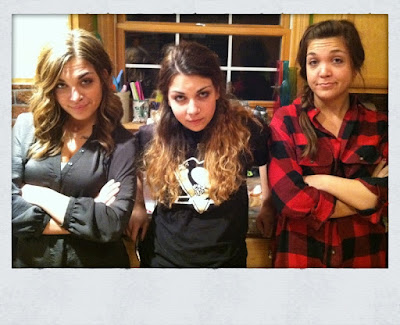 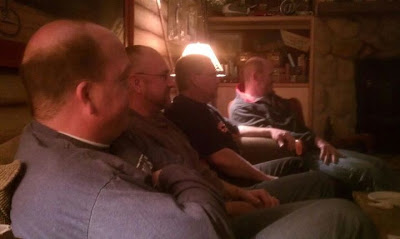 I was just glad to be home! I told Ashley that our timing was horrible. The one snowfall of the year that would have been wonderful to be home by the fire to watch and we were hanging out in Auburn, NE! Oh the memories we make.
Posted by Patti Clark at 2/07/2012 08:23:00 AM