I just wrote a huge long blog and it wouldn't publish!!

So here I go again!
We ended up getting Jayme the little Honda Civic in Marysville, KS. It was delivered last weekend. That Saturday morning I took it in to Jayme and went to the garage sale that her work was having to benefit Aiding Angels (cleaning for people with cancer).  I found some great bargains. Then I went over and picked up the kids so that their parents could have an anniversary weekend. We came out here to find Bryan digging my much anticipated sandbox. Hudson and Boden immediately got out the little tractor and trailer, some shovels and set to work helping Bryan dig and haul dirt down to the pond. 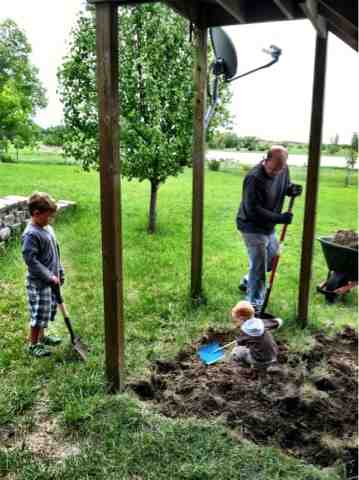 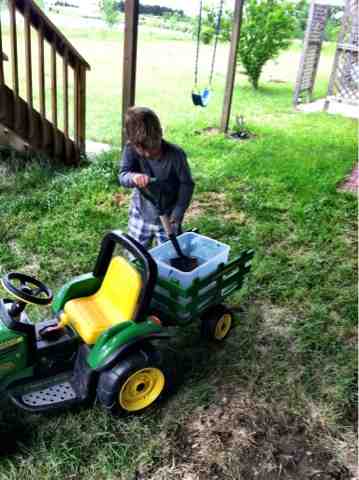 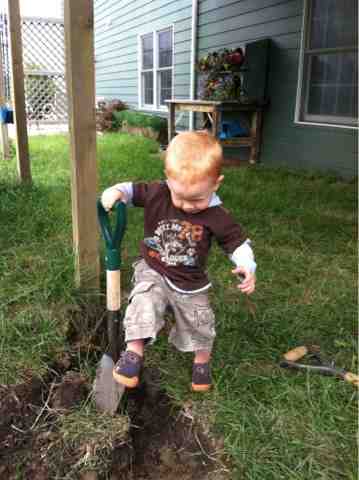 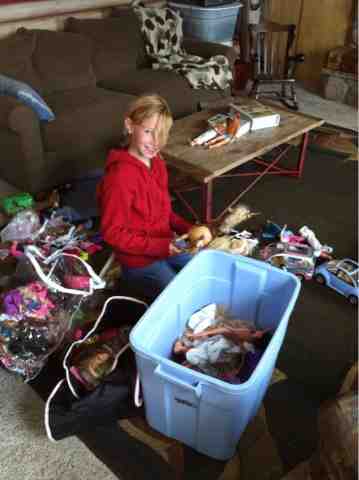 Some digging and a lunch break later...magically there was a sandbox. 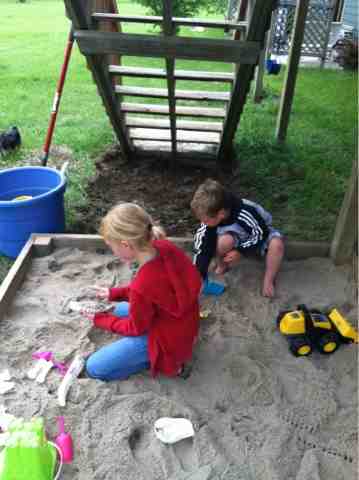 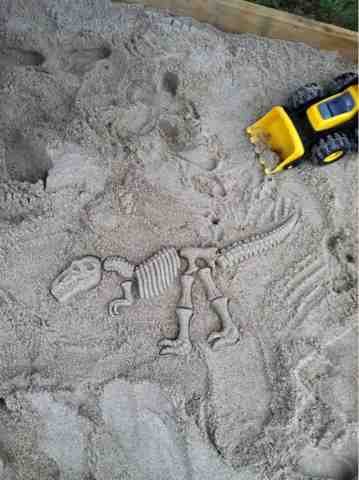 Best sandbox molds ever! I found them at Michael's. Love them.
After much sandbox playing it was time for supper. We made pizzas. 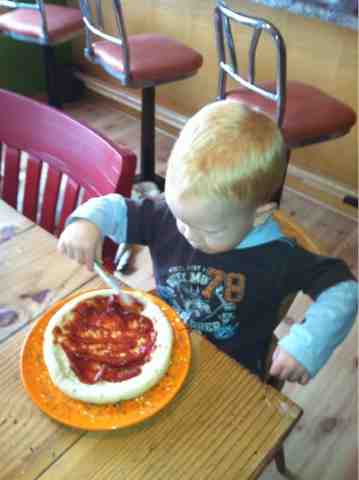 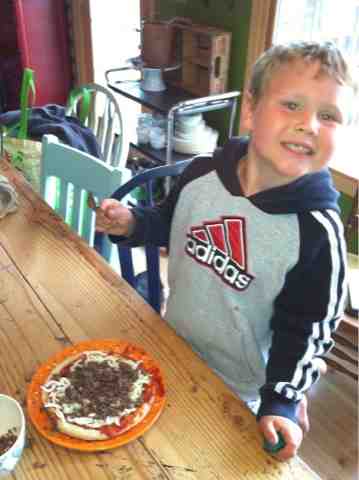 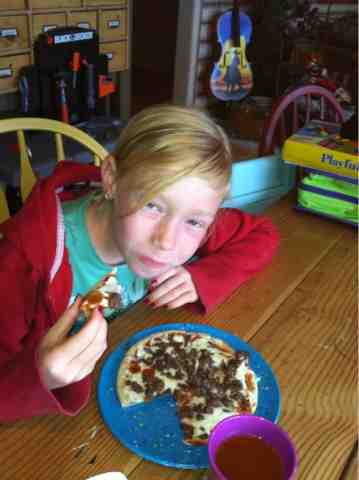 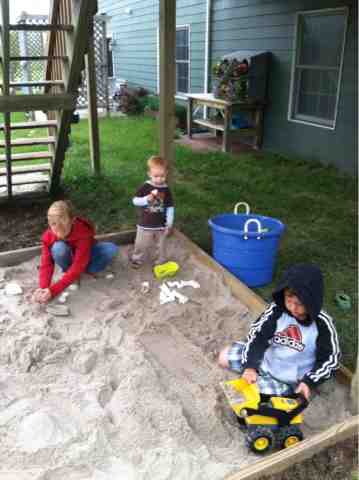 Time for the hot tub. Boden just yelled "HOT" and wouldn't get in. 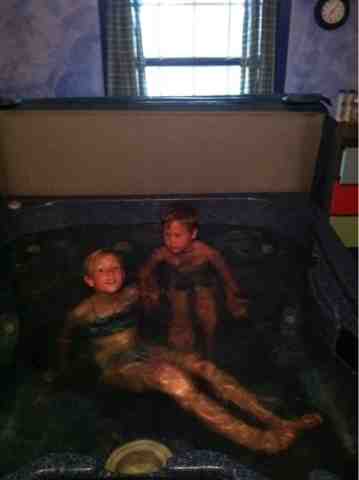 After baths and pajamas we watched "Lady and The Tramp" and then to bed with all of them.
Morning...
Breakfast... 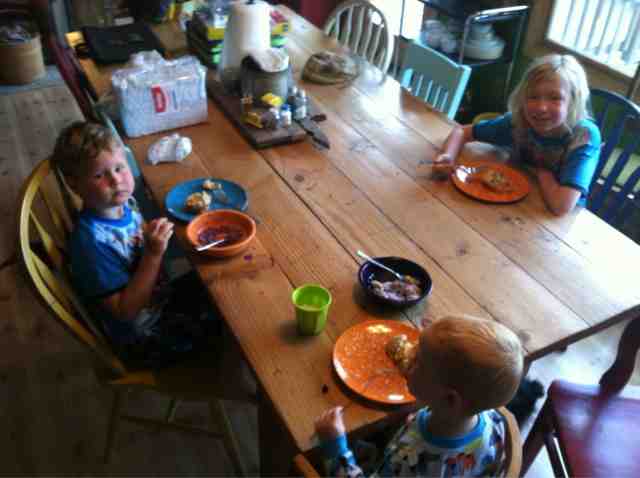 Then off outside to drive the tractors. 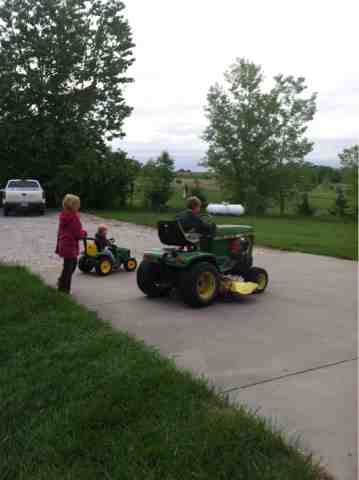 Then it was time to take them home. 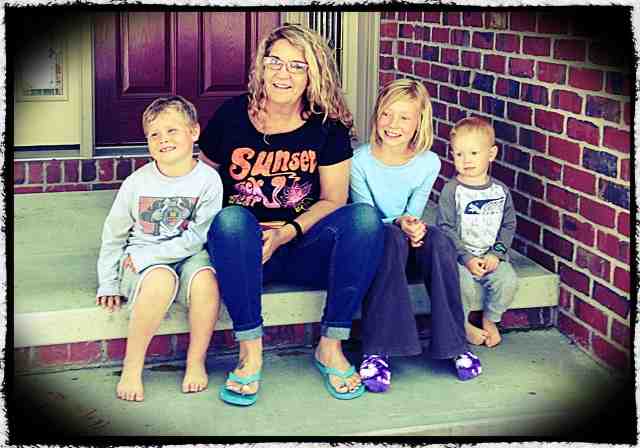 I might be a little bit tired in this picture...
Then from there I ran to lunch with the family, Jayme complained of a stomach ache. Then I went to Esprit, then ran to Rikki's recital for awhile, Jayme still not feeling well so she went home. I got home at 6:30 and Jayme called crying and in pain. By 8 when she texted and asked me do to anything to stop the pain I decided to go take her to the ER. We got there about 9 and they admitted her, ran tests, and what do you know...acute appendicitis. 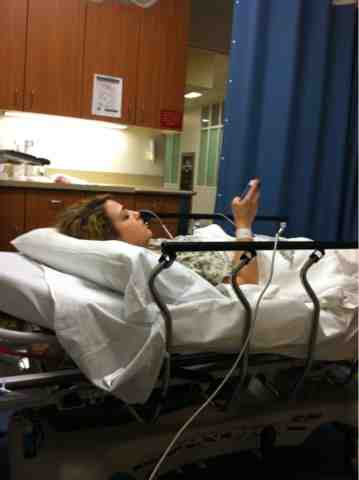 So at 1:00 a.m. she went into surgery to have her appendix out. At 2:45 she was out of recovery and in a room. Bryan brought her home Monday afternoon because I was with the kids for the day.
She spent the week with us. She had a few visitors. Jordan and Malia on Monday night, Rikki on Tuesday,  Bobbi and Travis on Thursday and then Jordan, Rikki and Ashley last night. 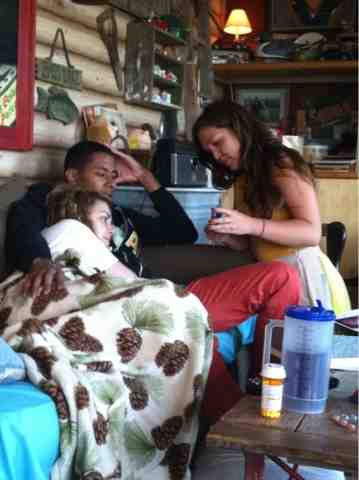 Last night and today were the first that she really felt like getting up and going outside or doing much of anything. So glad to see her feeling better. Today she felt like going home to her own house so I took her home. But not before I finished up the sandbox with another 2040 lbs. of sand. Last night Bryan and Rikki shoveled in the rock under the stairs and it all looks so nice!! 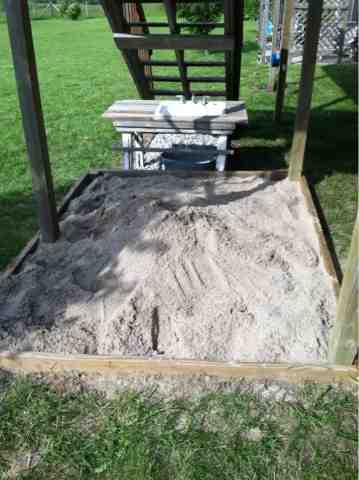 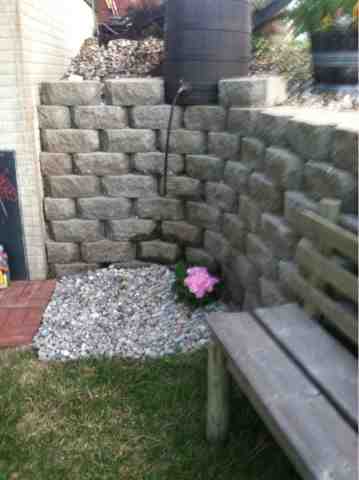 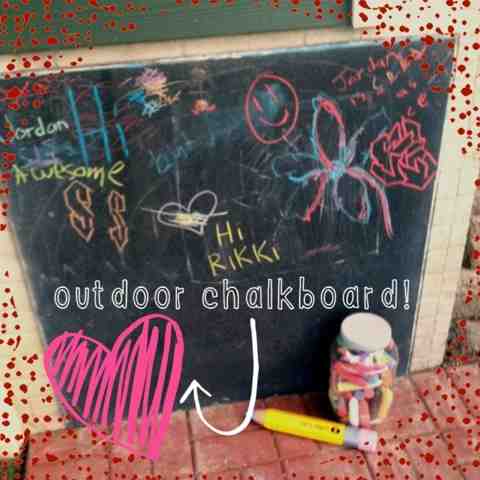 This was my peaceful 5:45 this morning. Sunrise, coffee, chickens on a fence and watering my flowers. 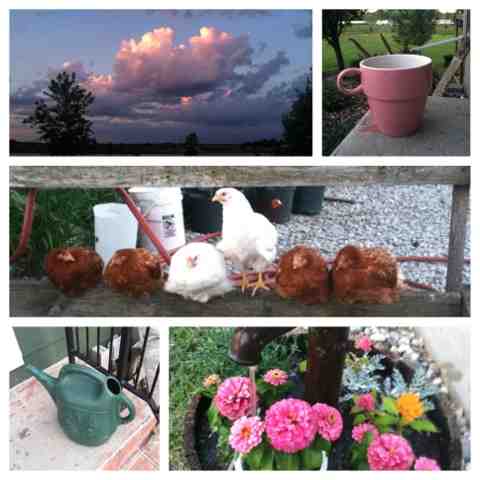