Which brings us to today...

Today we begin the week long wait. Yesterday Bryan did an amazing job announcing to the congregation, without drama, that he will be undergoing open heart surgery on Monday, November 25. It will be his second one. 15 years ago on December 29 he had to have a Ross Procedure done to repair a birth defect that had never been discovered until then. He was the 27th person in Nebraska to have that procedure and at that time only 3 hospitals in the country were doing the Ross. One of them being Bryan Hospital in Lincoln. Never doubt that God is in control. Well, over the years that surgery has served him well. At the time that he had it, they only had 6 years of data to go on so they really couldn't tell him what life might be like past 6 years. So for 15 years they have checked and watched and been comfortable with the results of their tests. 5 years ago they told us the valve was leaking a bit but there was no swelling on his heart to indicate stress so all was fine, they would just keep a closer eye on him. He, of course, never slows down so this was good news to him. A year and a half ago they thought there was swelling and we faced the possibility of surgery. But the test they did showed them that wasn't the case. Checks every 6 months. Rollercoaster ride of "will he have to have surgery this time" every 6 months. Then October 30th he had his 6 months check. There was concern so they scheduled him for a CAT scan. That showed swelling in an area of his aortic stem. This WAS cause for concern so he met with the surgeon on Wednesday, November 13. He explained to Bryan about the new valve they would put in and also about the stem that they would replace with a synthetic. They needed to schedule the surgery on a day when the Dr. had no other surgeries so they scheduled it for Monday, November 25. This Thursday he will have a heart cath. to check and make sure there are no surprises when they do the surgery.
We are all doing fine. The waiting is hard.
It is rather weird to see him doing projects, going to work and just looking so normal and know that in a week he will be miserable and it seems so strange. But we totally trust the team of doctors.
More than that we totally trust God and believe that He has us held in the palm of his hand. 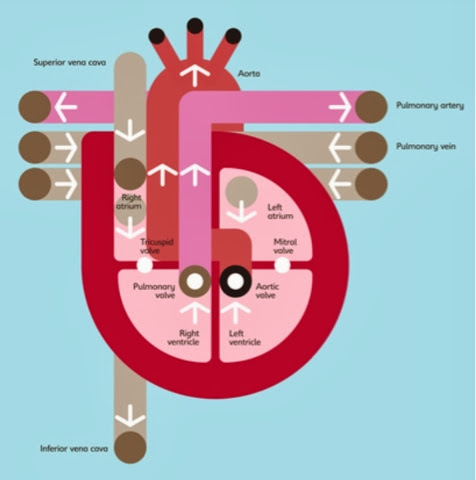