I forgot a couple events!

Labor Day! Always a day of labor for Bryan. He cut down some dead trees at Ashley's. 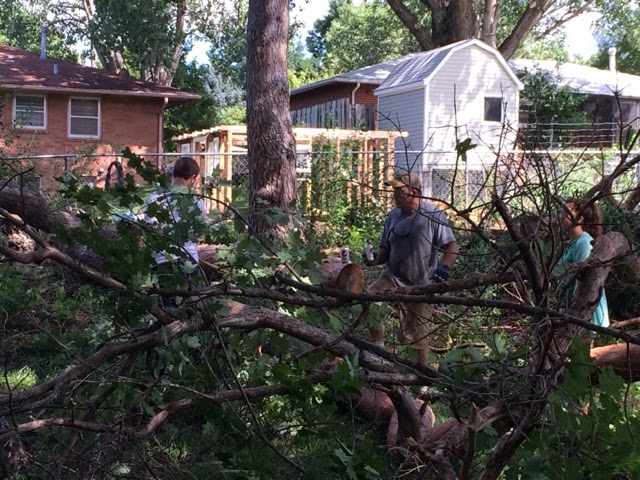 LES (electric company) had topped them for free so he and a couple friends of Ashley's finished them off. 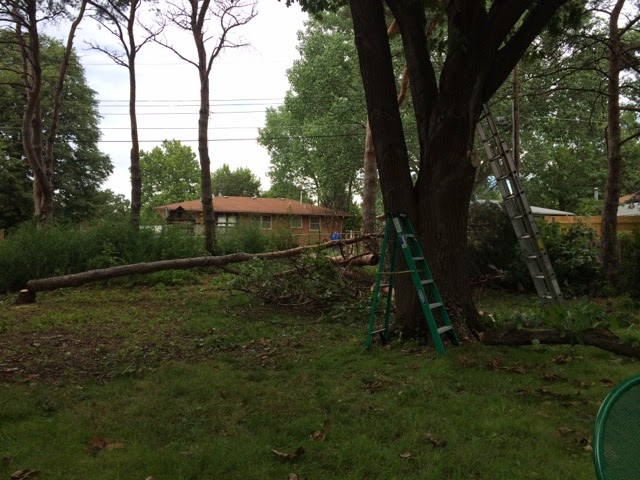 It really opened up her yard to the sun.
Then the Friday evening that Jayme and Trey got engaged was also the Big Red Tailgate party at the church. Bryan played the gut bucket in the Hillbilly Band. They actually do a really go job. 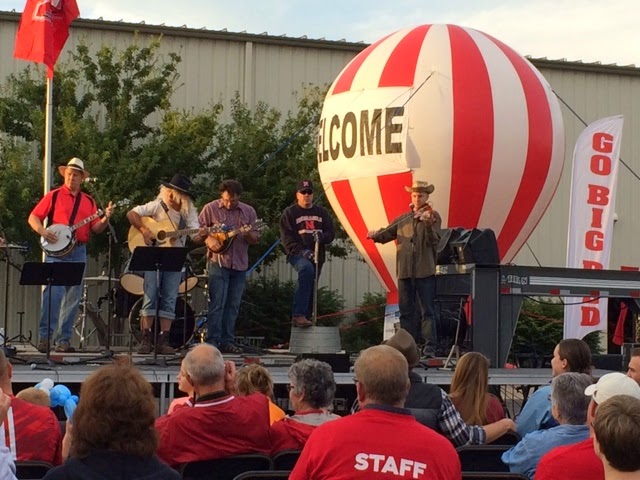 Yes that's him in the Nebraska sweatshirt and sunglasses playing his gut bucket.
The day before had been 90 degrees and 90% humidity and then Friday was only in the low 60's. Good old Nebraska weather.
Today I turned on the fireplace in the early morning because it was only 38 degrees. Fall is on it's way.
Posted by Patti Clark at 9/11/2014 12:35:00 PM