Let's see where were we?

Last weekend Bryan and I took off on Friday morning for St. Joe, MO. There are lots of antique stores down there and we just enjoy it for a get away. We stayed at a place called Whiskey Mansion Bed and Breakfast. It was a really cool huge old house and the man who ran it was really nice and made us wonderful homemade bread in the morning. I would stay there again.
We found some fun stuff. Mostly I found great old books that needed a home. On Saturday we went down to Leavenworth, KS (about 30 miles away) and checked out their flea market...it gets 1 flea on a scale of 1 - 10...But at one store there were "garage sale" type items mixed in with the antiques and I found a set of Williams Sonoma alphabet cookie cutters. They were all there and the $3 I paid didn't break the bank. I also found a cool book from the 60's that when you turn the sections for the pages it makes a bunch of different stories. And the chairs we found for Ashley were at the Treasure Box in the basement. When Bryan asked about them the guy said "Well, a guy offered us $100 for them last week so we put them in the basement with a hold on them and he never came back so you can have them." Bryan said "What do you want for them now?" the guy says "give me $20 bucks." SOLD. I thought he meant each. Nope $20 for all 4. The Barbie cookbook I got for Bobbi because she is learning how to cook. Don't worry I got her a real one too. 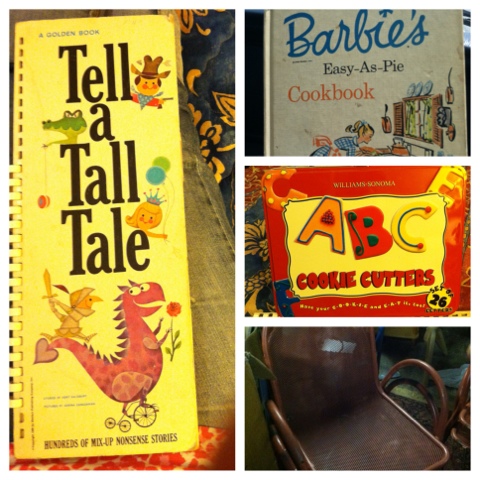 After we got back to St. Joe from Leavenworth we decided since it was such a nice evening that we would go mini golfing before supper. I started out well but then... 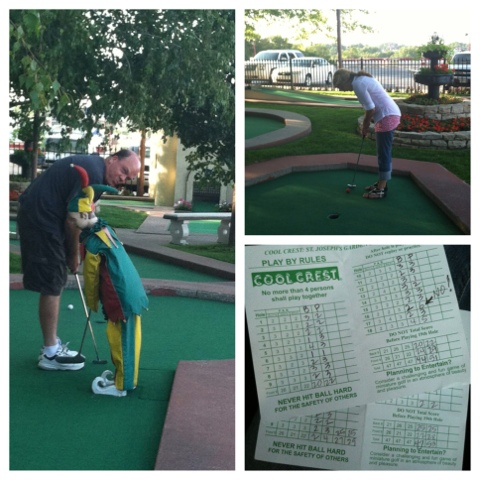 Bryan beat me...both games. But we each won a free game. I won mine after the first game and that is why we played again. Then Bryan won one after the second game. We decided to save it for another time. It was such a fun weekend.
The weather lately has been amazing. On Wednesday evening it was so nice and cool that Bryan and I set out around the trail to trim up the trees that grow along it. Ok he trimmed and I drove the EZ-GO and took pictures. 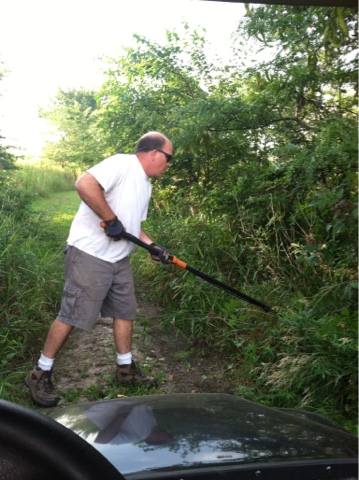 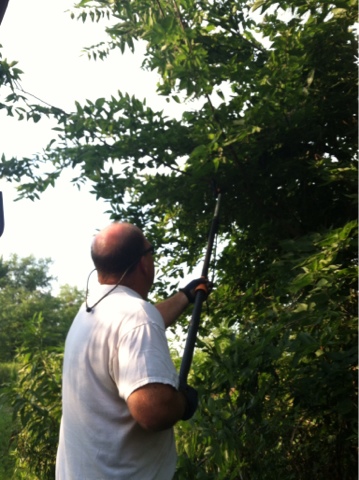 On Tuesday Amiah and Hudson started school for the year. 4th grade and Kindergarten. A whole new routine for Boden and I on Monday, Wednesday and Thursday. 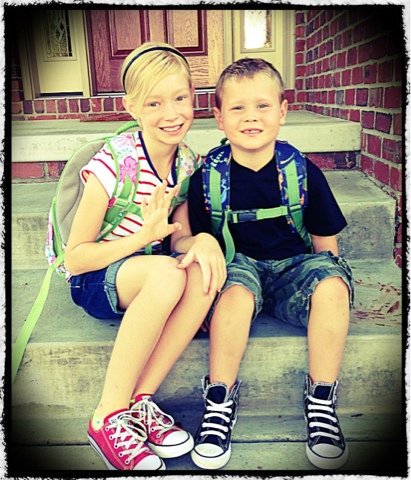 Yesterday Alicia and the kids came out for a visit and lunch. We had such a nice time. 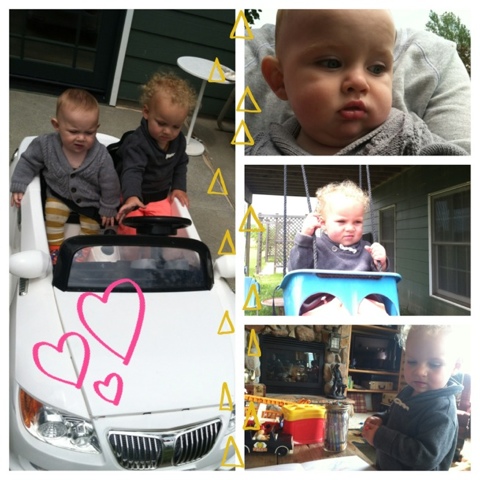 Satchel and Navy. Someday, she will figure out how to drive that car and then watch out!!
Bobbi had spent a whole day at her house cleaning out the garage (10 years of mess in there...) and among the things in there was an old card table. I have been looking for one so I could make a play house out of it but they are so expensive! Free out of the garage junk works for me...
So I started that today. I made a small error on the angle of the legs but I'm getting that adjusted and when all the stuff is added on the outside it should be pretty cute.
Old table.. 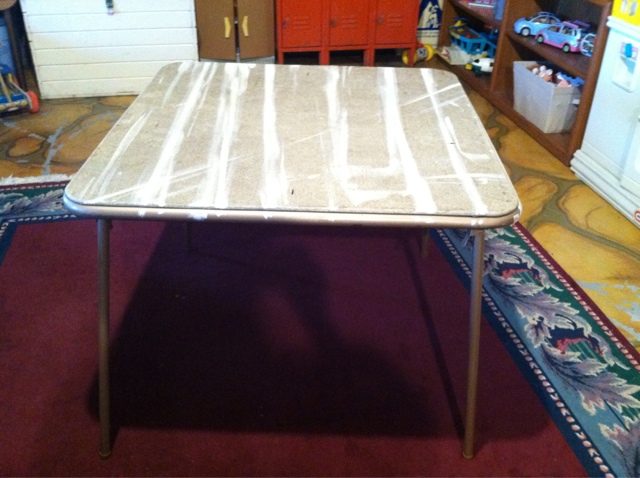 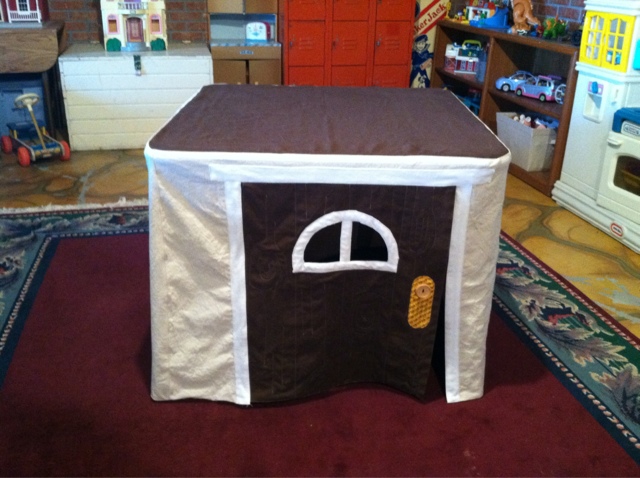