But first you have to see a lot of "before" and "after" shots.
Our model is a Marathon Beetle. Here is the information we were sent, by a friend, from the internet.

5000 'Marathon Beetles' were produced to celebrate the Beetles world record production figure of 15,007,034 - that car (a 1302 Super Beetle) subsequently named the 'World Champion'. 'Marathon Beetles' were offered as 1300cc Standard model and as a 1302 Super with special Marathon Metallic (metallic silver/blue, L96M) paint and unique silver and black sports wheels (Lemmertz made, part no. 000 071 475B - called 'Baja' wheel in US), with silver wheel nut covers and octagonal VW alloy centre caps. 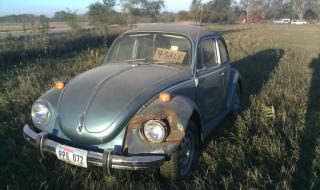 October 5, 2010
{for that story see my blog post from October of 2010 "A whispered wish remembered..."}
{and yes I did get some dates wrong in a couple blogs here lately. DUH go back and read your old blogs, Patti!}
We did buy it the next evening. Then Bryan got a trailer to load it on and bring it home. 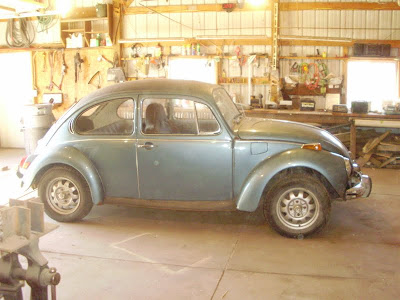 . Bryan had changed out the gas lines and gas because it sat for 2 years in a garage. We took it to a garage in Firth just to have them check out the engine and make sure it was OK. October 10, 2010 I took before photos because Bryan was ready to tear it apart. Looks pretty good from this side. Right? Well, it wasn't in good shape. TONS of rust and years of filth and use. In fact there were parts of the underside that weren't even there anymore because of rust. 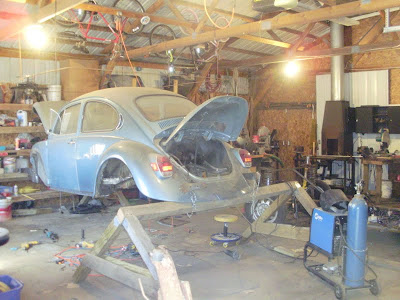 So this happened. Bryan took it completely apart. 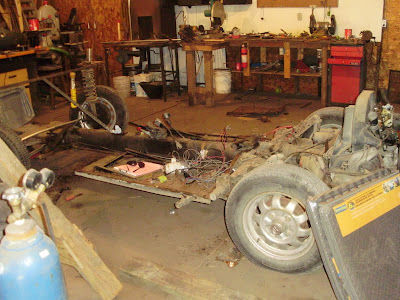 He replaced the floor pans. 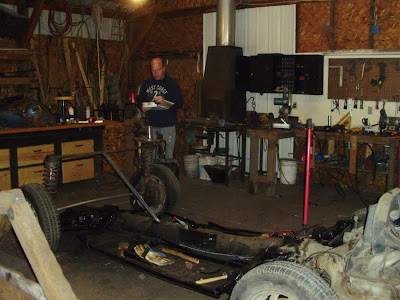 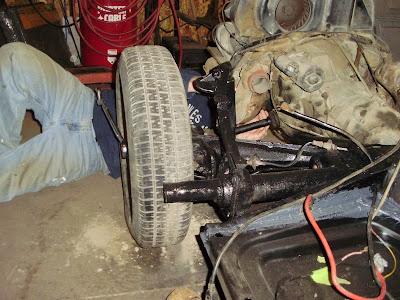 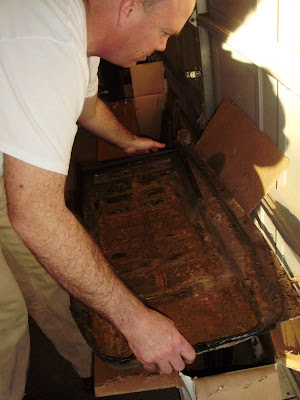 He welded and fabricated pieces of metal to rebuild most of  the underside of  the car. 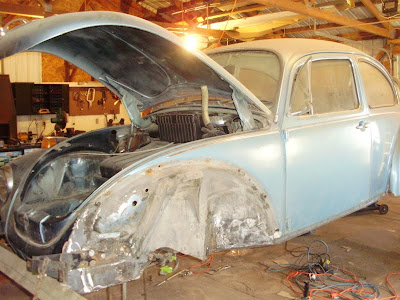 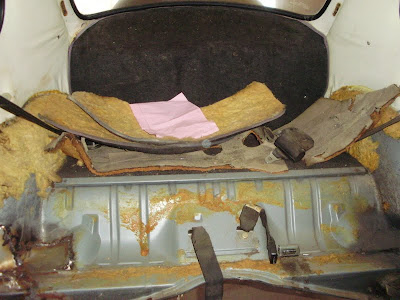 He tore everything out from the interior 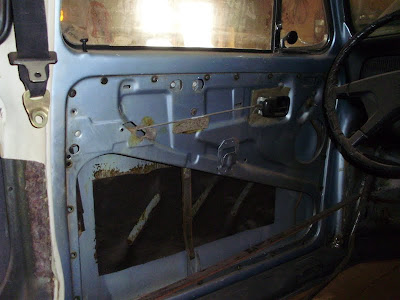 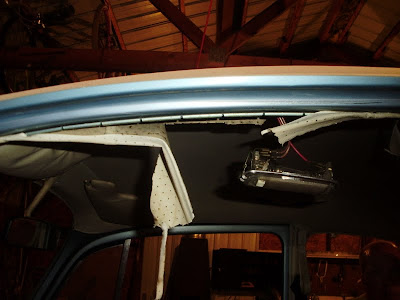 It is so hard to condense down into one blog the amount of time {countless hours} and sweat {buckets: it was the hottest summer on record for my lifetime!} 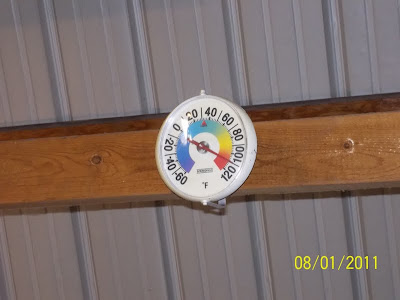 and blood {some} and tears {none on his part} that went into his rebuilding this bug.
He painted all the parts. 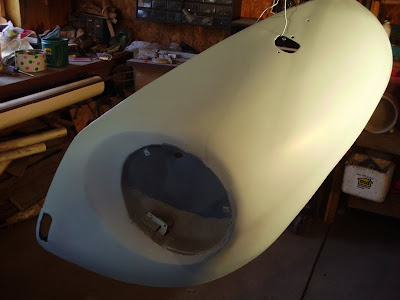 Remember the smashed front fender?
He pounded it out and completely rebuilt that area around the light. 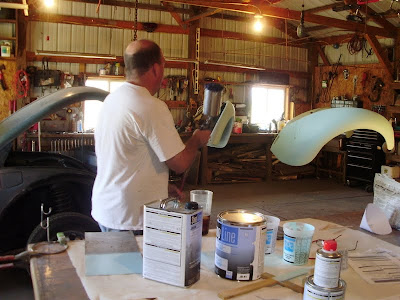 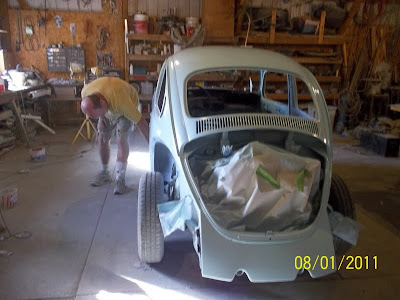 Now for some before and after shots.
Once it was painted we started to redo the inside.
Before: Old torn headliner. 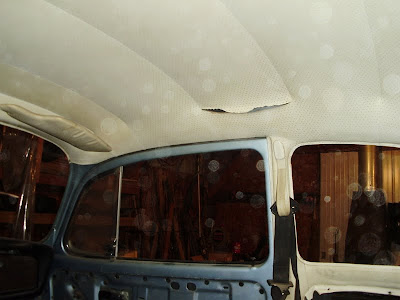 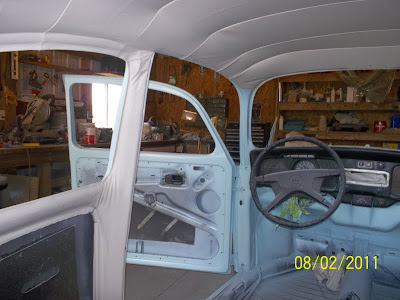 Before: Old back seat. 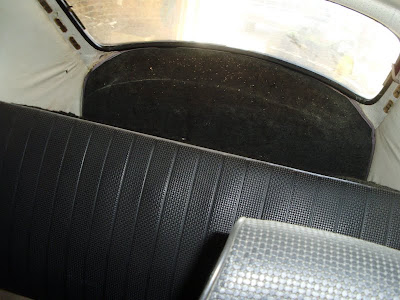 After: New back seat. 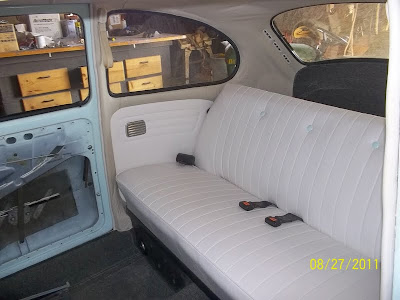 Before: Worn carpet and broken brake and seat belts. 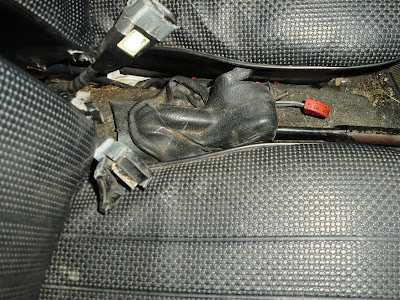 After: New carpet and fixed brake and seat belts. 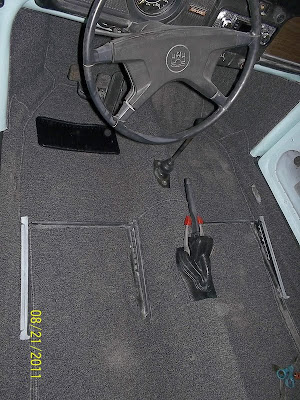 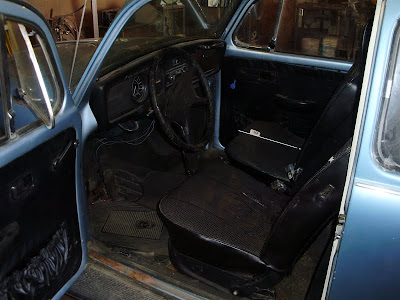 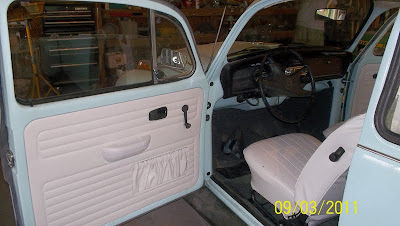 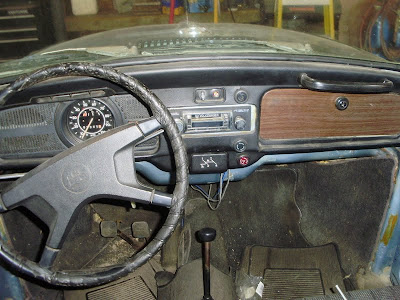 After: Cleaned up dash with new radio/stereo. 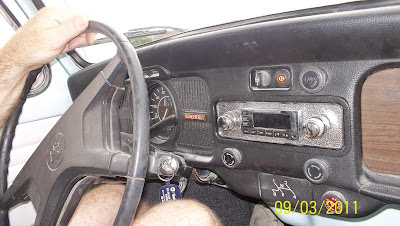 Before: View through the front window. 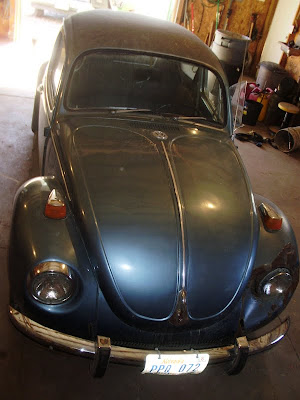 After: View through the front window.
{All the rubber around the windows is new as well as all the rubber gaskets on every part of the body.} 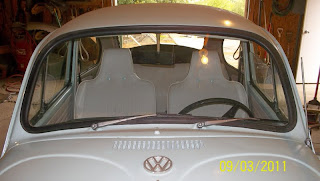 Today we are having a reveal to the staff at the church because they have a staff lunch and it is a good time for them to all see what Bryan has been working on for the past year. September 2 Bryan was finished with all his work. We had to wait for the license plates to come in.
{That was blogged the other day}
I am so proud of him and what he did with this car.
It is so fun to drive and just so beautiful!
{so maybe I did make 75 cookies for the party} 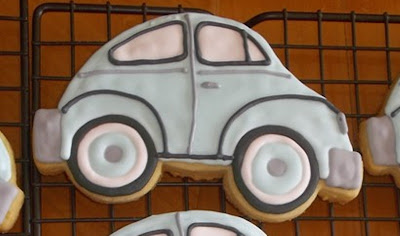 and finally...
AFTER: A FULLY RESTORED 1972 MARATHON SUPER BEETLE. 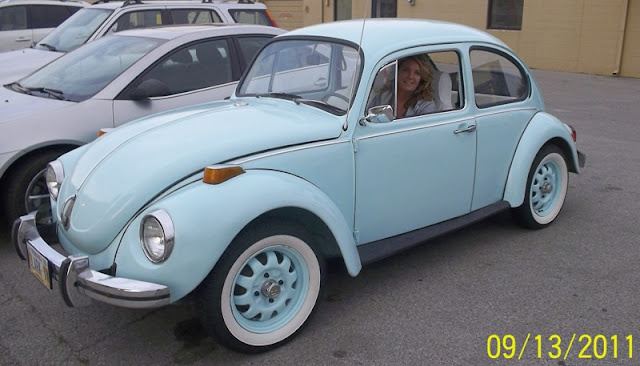