So I've been cleaning the store room...

It started on Saturday and I am still at it today. Suffice it to say it had gotten to disaster area proportions. But I have found some gems and had some laughs. 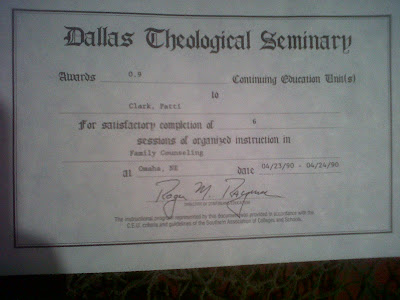 When did this happen? Obviously I don't remember doing this, but I have the paper that says I did. 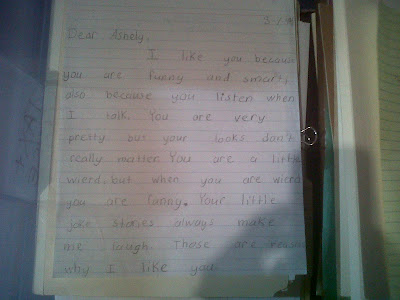 This is from someone named Andrea...
But I just love how this describes Ashley (not Ashely) actually quite well. 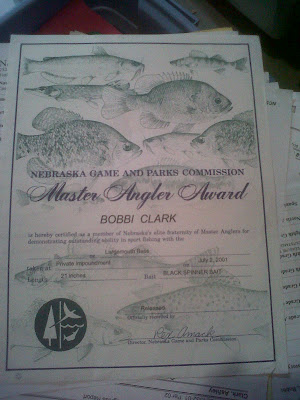 I remember the day Bobbi caught this fish. She had gone out with Bryan and his friend, Brad. While they were out fishing Bobbi was catching them and Bryan and Brad weren't so she told them where to cast and they started catching fish. 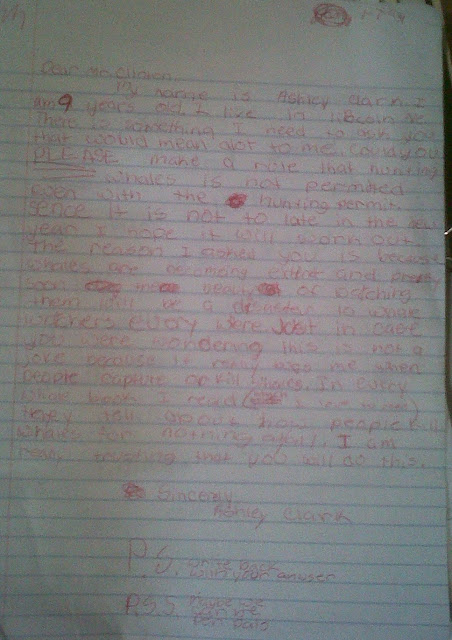 A letter to Mr. Clinton from Ashley 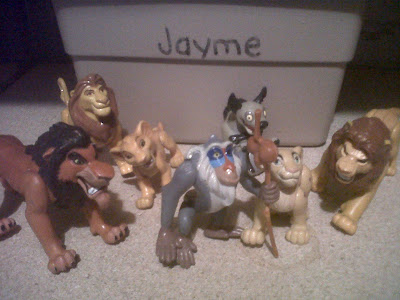 These literally went everywhere with us when Jayme was little.
She played with them by the hour. 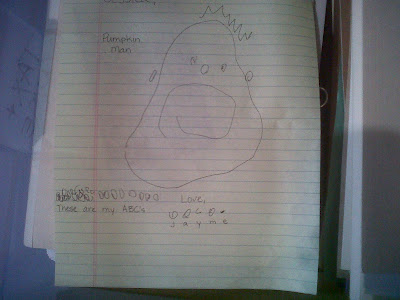 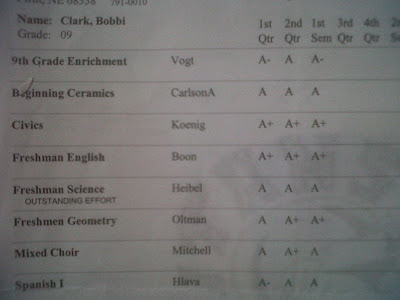 Obviously we were concerned that Bobbi would struggle with her studies...
Later in the afternoon Jayme and Bobbi showed up and started to make fun of the old clothes that I had found that we need to get rid of...
trying on old homecoming dresses so they pretended that they were getting ready for the dance. 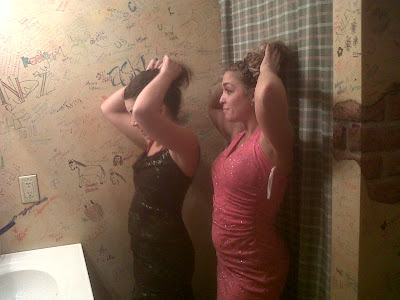 and deciding that if you removed the sleeves, take off the lace at the top and remove the train...my wedding dress wouldn't be too bad. Haha there is just no redeeming an 80's wedding dress. And last but not least...ASHLEY came to the cleaning party
(Sorry, Ash, you may not realize this but you don't have to dress up so fancy everytime you come home.)
Oh, we are funny. 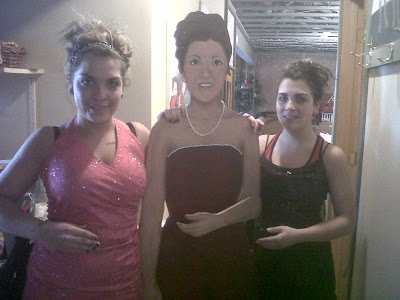 And we love and miss you very much. The cut-out is a poor substitute.
I am still not done but these two made the process very entertaining.
Posted by Patti Clark at 3/21/2011 08:29:00 PM