We have had some sink holes from water washing out behind the retaining wall on the pond front. So Monday, May 19 our friend, Steve DeBoer used this little thing to dig out all along the pond front behind the wall. He also stopped at Outdoor Solutions and picked up the liner that was going against the wall and under the rock. When he got to our house he realized they had loaded the wrong liner. There were two choices of liner: one was $120 a roll the other was $890 a roll...they loaded the $890 roll, we paid for the $120. So we call them, they can't deliver the correct roll until 4, we needed it way sooner so I said I would take it back and get the right one. 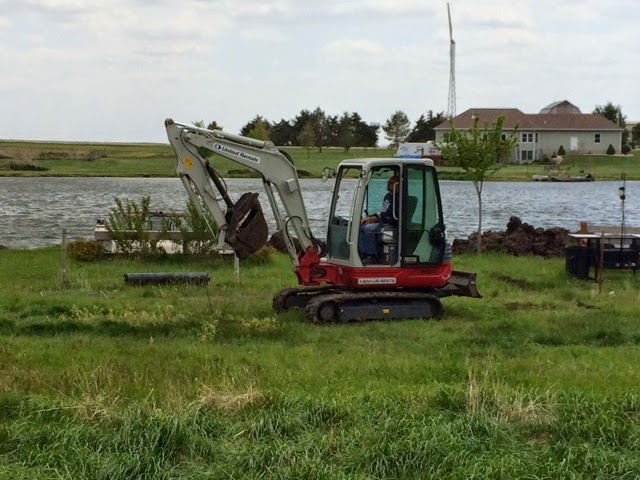 Side trail in the story here...I have been looking for 1/2 whiskey barrels for ages for some places around our house and haven't found any or am too cheap to pay $59 a barrel. (Mostly the latter)
SO...I have the guys load the roll into the pickup, I drive all the way back into town to Outdoor Solutions. They were swamped with people in line, people getting landscape materials, people needing help, you get the idea. But the second I walked in they said how sorry they were and they would change out the roll and thanks for bringing back the expensive mistake they had made. While I was waiting for the exchange I happened to think "Hey, maybe they sell 1/2 barrels" so I asked and the guy said "You don't need to buy them, you can have them. How many do you want?" I said I wanted 2. The lady says, "YOU DON"T WANT THOSE! They are rotting. Find something nicer!" I asked if I could see them and they told me where they were. They weren't rotting, there was only one band on one of them that was slipping down and there were 5 of them. So they sent two guys out to load them and the guy says "Just take them, on the house, all 5! We weren't sure they were any good any more but if you want them, they are yours!" I came home quite thrilled and triumphant! 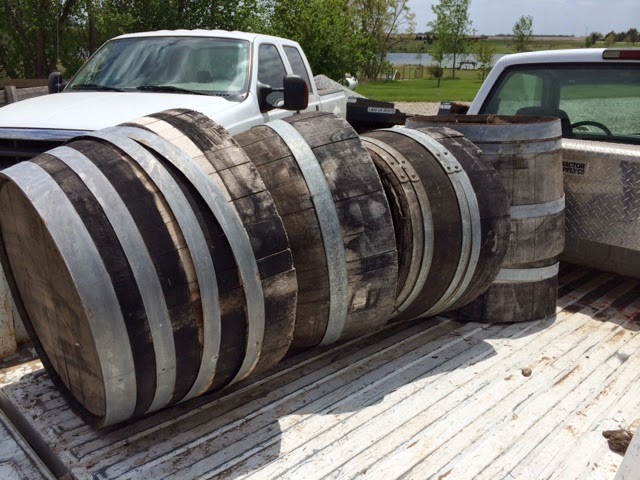 We then had to put the new liner in behind the wall before Donn Stoner arrived with his tractor to move the rock in behind it. It was super windy on Monday! The instant Bryan and Steve unrolled the mesh the wind caught it and it was like a huge sail. It pulled Steve down, Bryan almost got pulled out of the pond and I was laughing so hard and grabbing my camera that I was no help. Donn was on the tractor laughing and going for his phone. 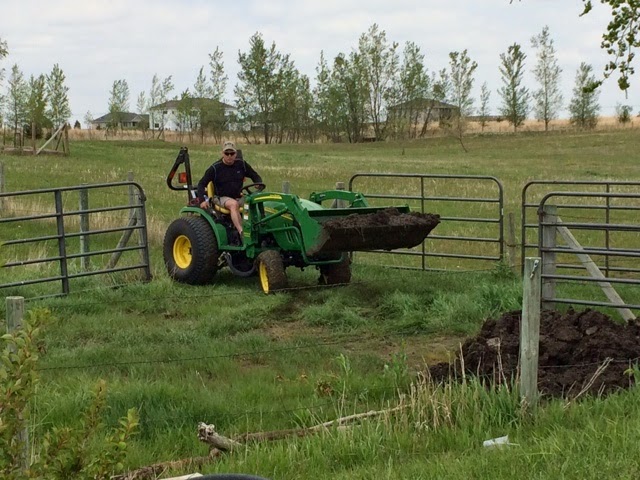 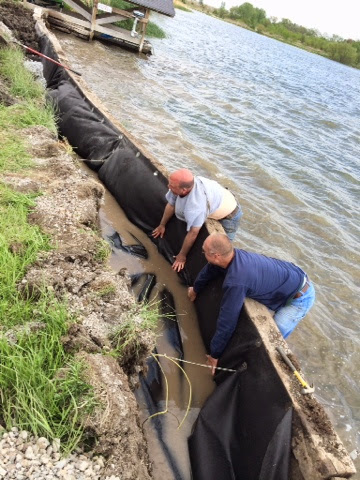 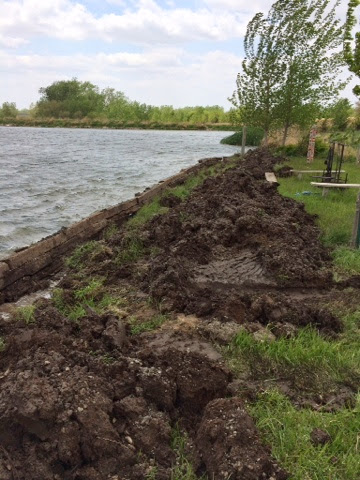 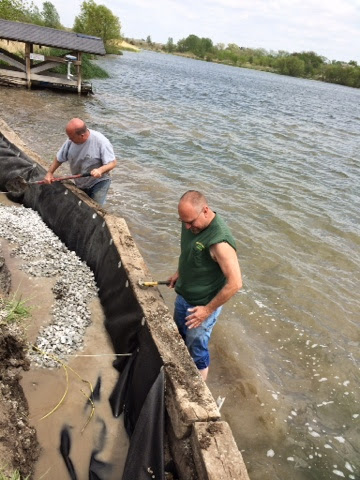 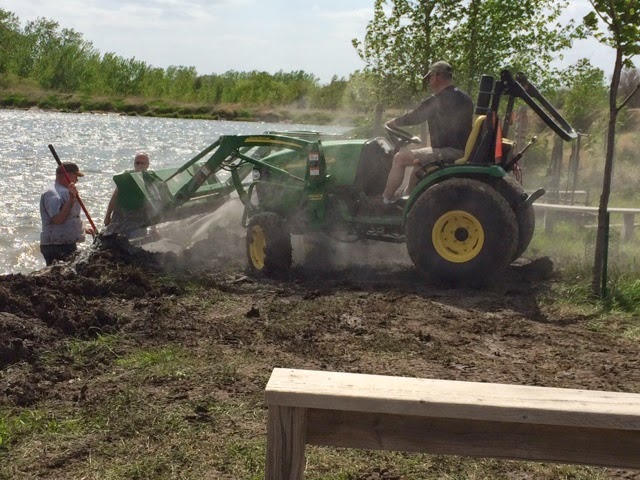 It was a long, hot, windy, tiresome day but those guys stuck it out and got it done at about 6 in the evening. So nice to know that our pond will stay where it belongs and the lawn at the front will remian a lawn.
Posted by Patti Clark at 5/24/2014 08:01:00 AM