On Wednesday, Maddy chose to stay at home by herself and catch up on schoolwork. Grandpa, Grandma and Raye came out to spend the night.
Thursday she got a ride into town with Grandma, Grandpa and Raye in the morning and then she and I went out and about town until we had to pick up Amiah from school. We went to Barnes and Noble and played a couple hands of UNO. Then we went over to Michael's and looked at stuff for crafting there. Took some lunch over to Grandpa, Grandma and Raye and ate with them. Then we went to Super Target for a bit. When Amaih got home she was thrilled that Maddy likes to play Sorry. So they played a game and ate some popcorn. 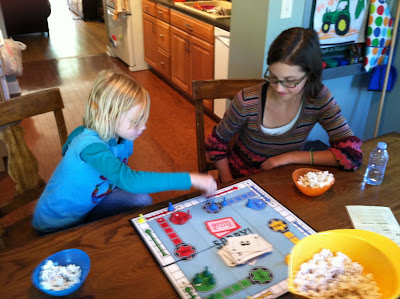 After that we headed home to cook hotdogs over the fire and have a campfire dessert.
That plane went over while we were starting our fire {Bryan is in it with his friend, Donn Stoner} They buzzed the house three times. 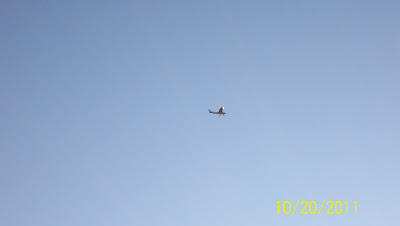 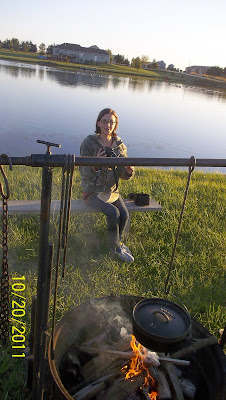 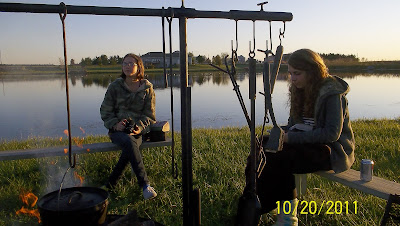 At this point it was just Jayme, Maddy and I.
But the weather was amazing and no wind so we just had to have a fire. 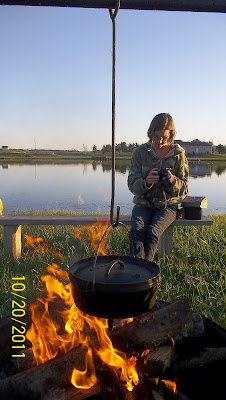 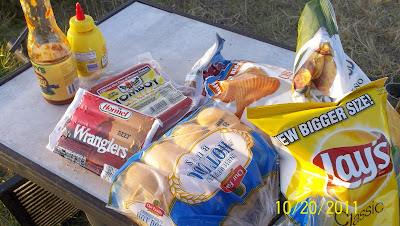 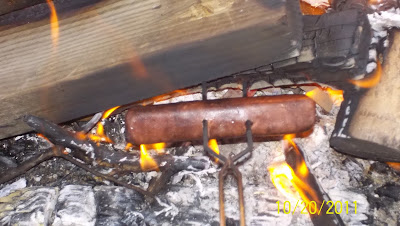 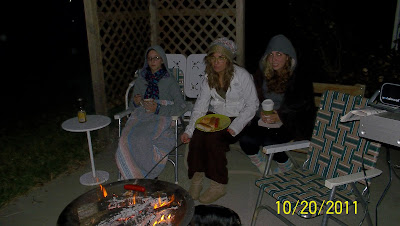 Bobbi joined us later but by this time we had moved up to the house and I had set up and outdoor movie theatre. We watched "UP". 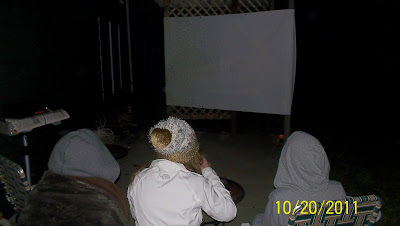 My flash blanked out the movie in this but trust me it was showing.
Then yesterday, Bobbi had to have some surgery done and that took all morning. She is fine.
When we got home she slept on the couch and we watched Harry Potter movies.
Then we took her home in the evening and Bryan met us and we went out to Aardvark Antique Mall and supper at Cracker Barrel. 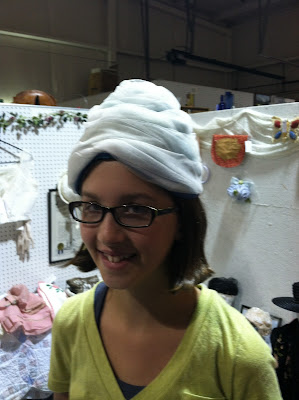 Maddy modeling the "ice cream cone" hat she found there. {we didn't buy it}
Today we decided that making more cookies was the order of the day. 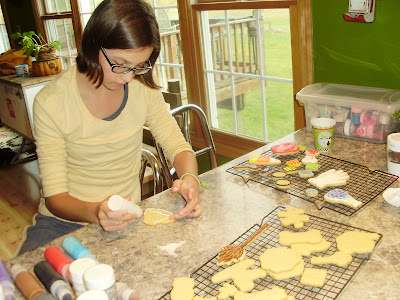 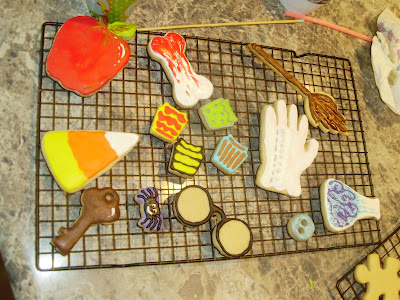 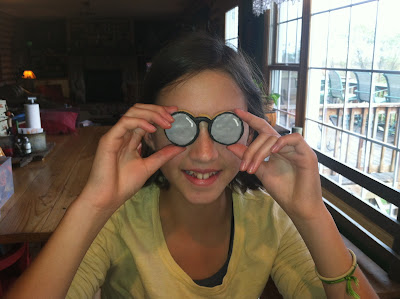 Poor kid. I forgot to feed her lunch.
Oh well middle of the afternoon beef stew is always good. 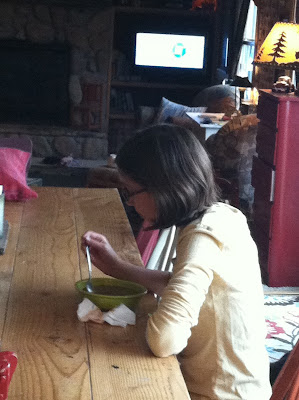 After that we went out and she gathered the eggs. 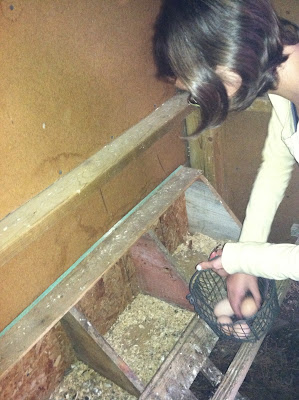 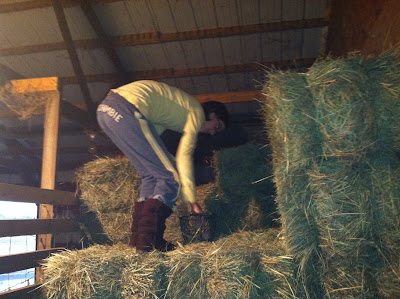 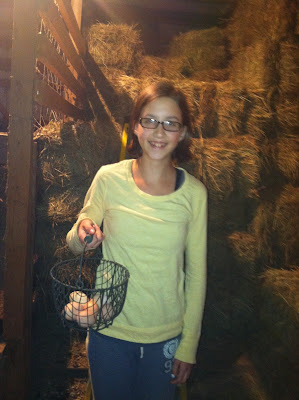 There was one GIANT egg in with the other normal ones. 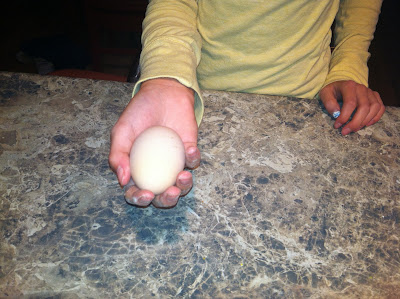