Yesterday was the LBC Car Show. Not just your average car show. It is now one of the largest in the midwest. This weekend there were 180 entries. The Beetle was one of them. I am very proud of Bryan and all the work he put into this little car. 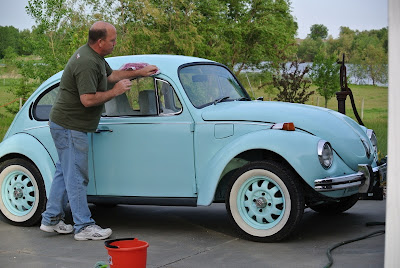 Getting it ready for the show. 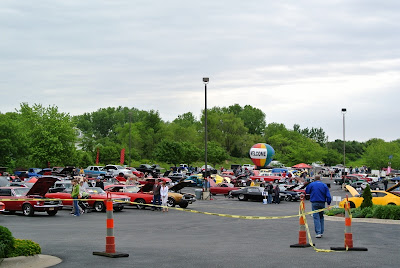 The entries began to arrive at 9 and the show went until 4 p.m. 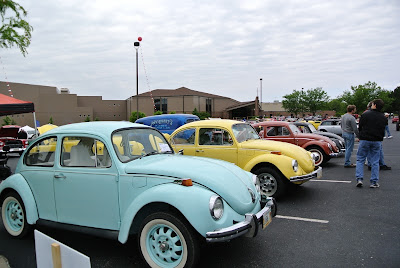 The 4 Beetle entries. The little rust colored one won in the import class. 1958 VW. 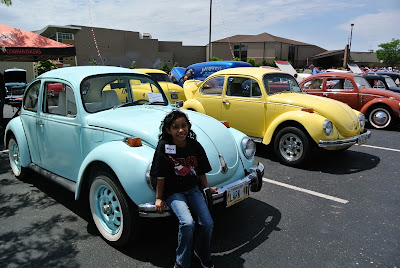 This is Mency. Her dad is a pastor at Iglesia Berea. Bryan told her that she could be his car model when they were judging. She is adorable. All she wanted was a ride in the Bug.
So after the show I gave her a ride. 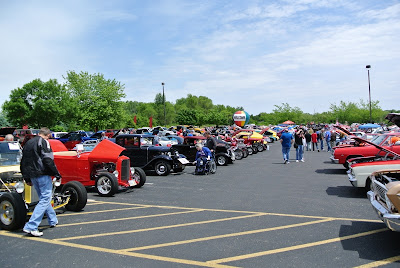 The weather was wonderful and tons of people came out to look at the cars.
All in all a pretty fun day. 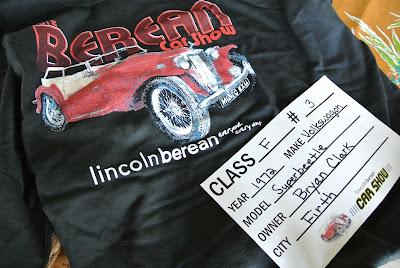 Bryan's shirt and the ID card for the car.