Friday, October 25. It was that time again. Hayride, Good food, carving pumpkins, lots of people (32 to be exact) 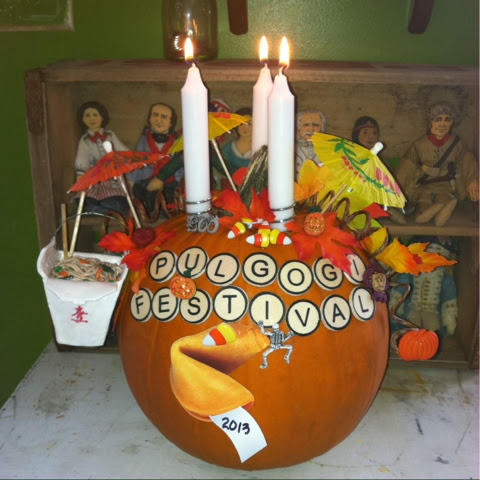 The week was full of prep and decorating and cooking and baking. Getting everything ready for Friday night.
Monday evening I got all my trail and "pumpkin patch" decorations ready. Prepped some of the food and got stuff out of the freezer to thaw. 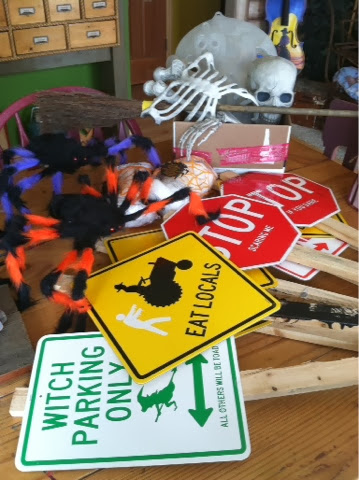 Tuesday was a beautiful day and I went out after cleaning in the morning and put a few things up around the trail. Then hoped it wouldn't rain! Or that the wind wouldn't blow it all down. 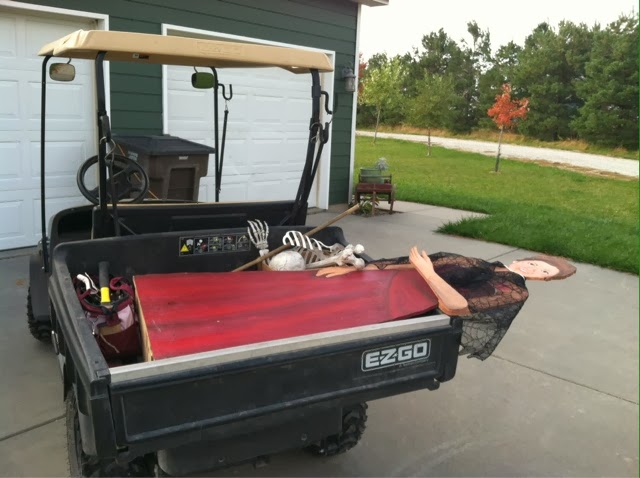 It was so nice this year to have the E-Z-GO to haul stuff. This cut out of Ashley has become a family joke so she made and appearance in the "Pumpkin Patch" 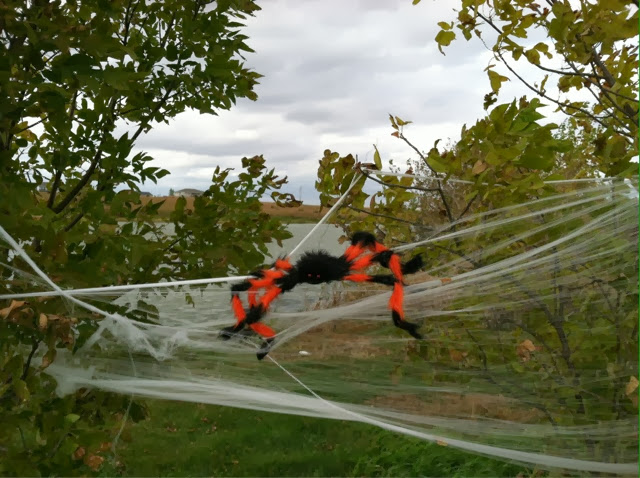 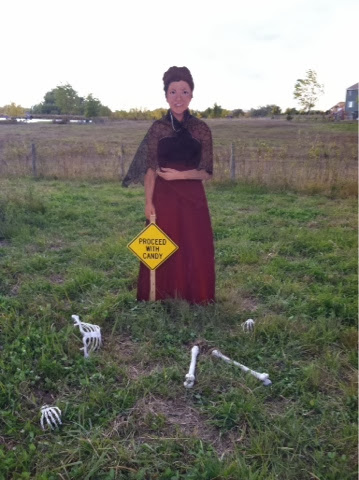 This "pumpkin patch" is really just a mowed area that we take purchased pumpkins out to for the hayriders to pick up. It makes for a fun activity.
Tuesday went by and after work on Wednesday I decorated the cookies I had made earlier and frozen.
Vampire teeth with bugs in them. 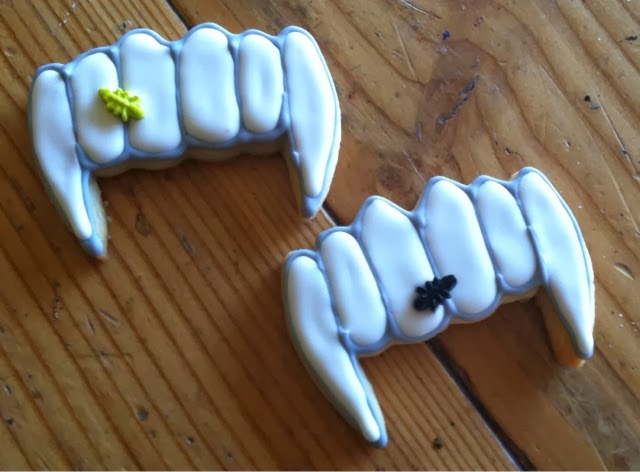 That was about all I accomplished that evening besides some more cleaning.
Thursday evening I finished food prep and decorated cake balls for the kids. They were supposed to be bats but I think they look more like owls. Still cute. 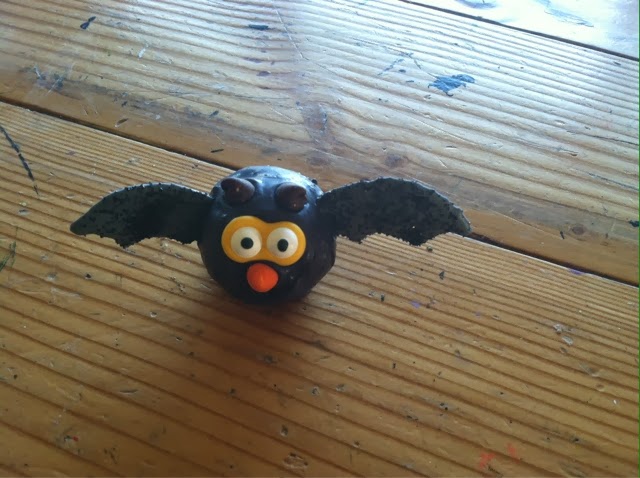 Friday at 5:00 a.m. I had to pick Bobbi up and take her to the Surgical Center to have an outpatient surgery. So we got home on Friday at about 11:00 a.m. and she rested on the couch while I set tables, got out all the carving supplies and set up for the cooking that would happen later. Also cleaned the basement because I hadn't gotten to that during the week. 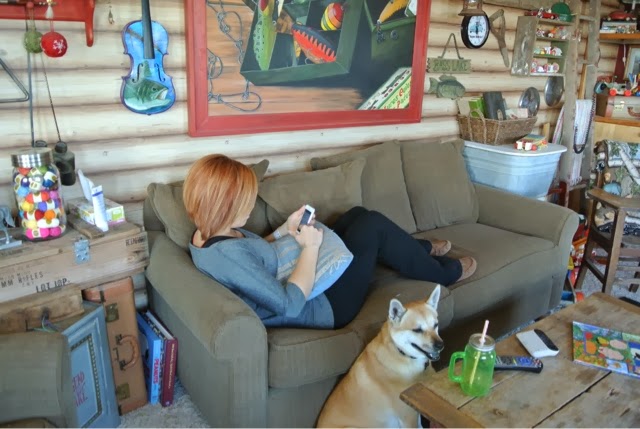 Ashley came at about 1:00 and started making eggrolls. 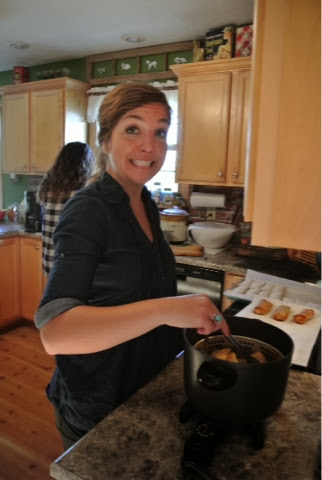 Jill showed up after school to help and I really appreciated their help. Jill decorated my little S'mores cakes for me. 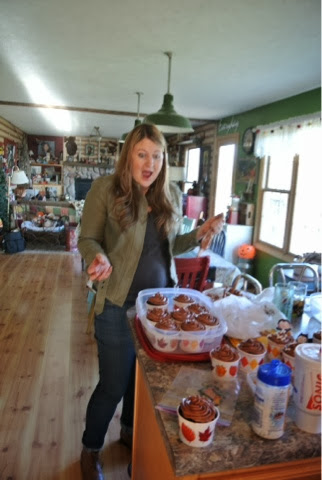 Piper and Kelsey with their little cutie, Roscoe, came and she jumped right in to doing dishes we had in the sink. 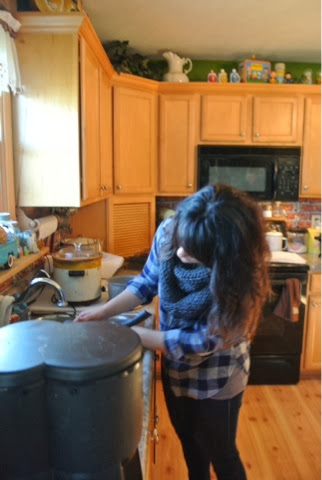 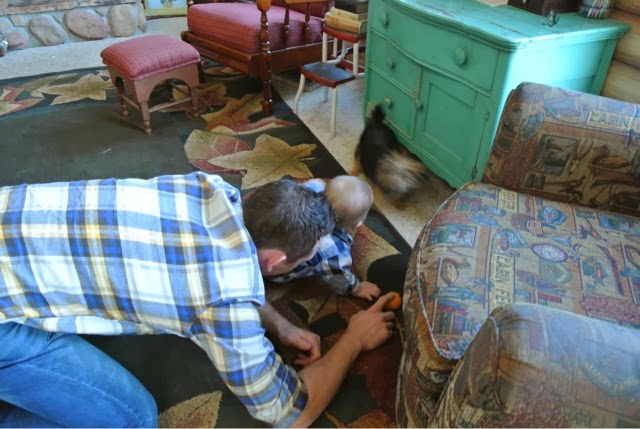 Where was I you ask? I was out in the garage frying Pulgogi over the gas burner on our grill. It was so much nicer out there and I didn't end up with the grease spattered all over the kitchen. Plus it was a beautiful day. Also it cooks better than my electric stove. I started frying 16 pounds of meat at 4:00 and finished at 6:00. Ashley fried up 48 eggrolls and we put them in the oven to keep warm. We made about 3 gallons of Chop Cheh. That was a new addition this year and everyone loved it. Jayme, Fred and Cathy arrived. Then Chelsey and her 3 kids, Carrie and her 2 kids, (their husbands were on their way to Minnisota for the game) all 5 Griesers, Reisingers and their 2 kids, Josh & Molly Clark and their baby, Jake and then Travis got here just in time to eat.  At 6:15 everyone who wanted to went on the hayride. I stayed behind to make sure all was in order for supper. 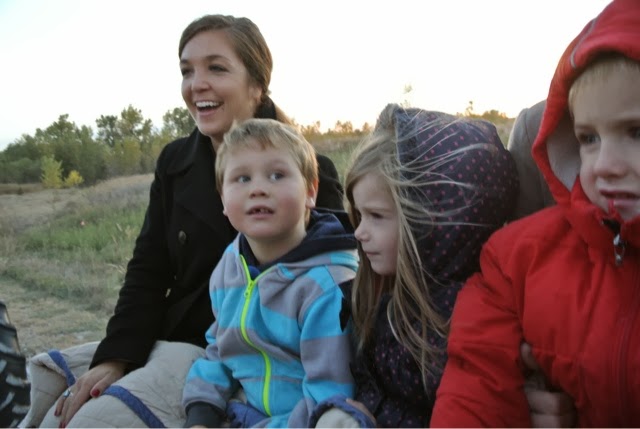 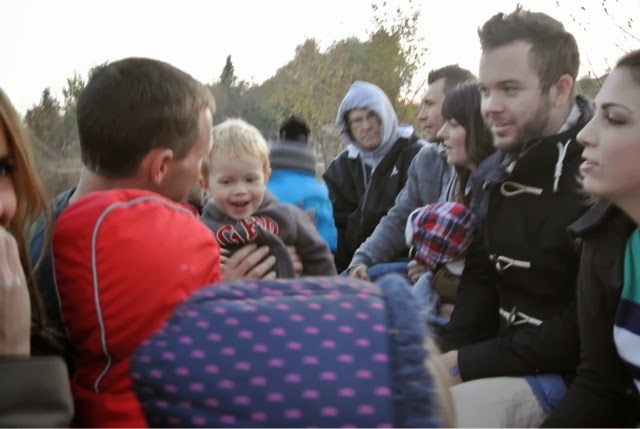 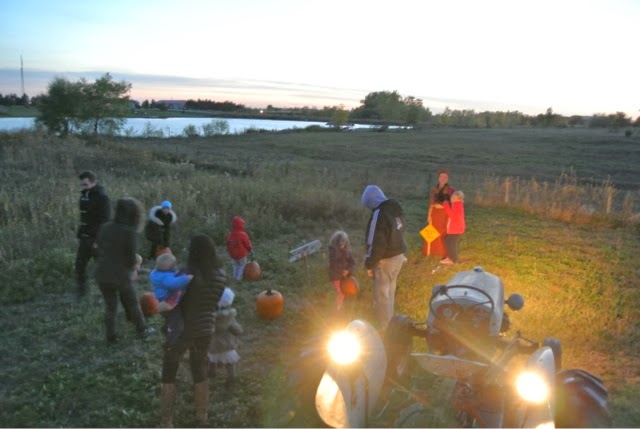 A stop at the pumpkin patch and then back to the house to eat. It was a beautiful evening for a hayride. 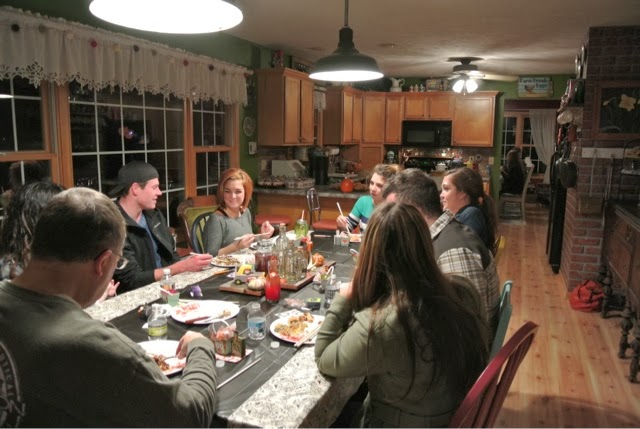 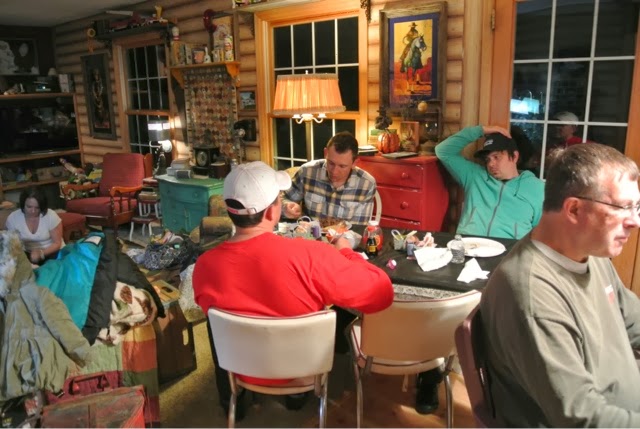 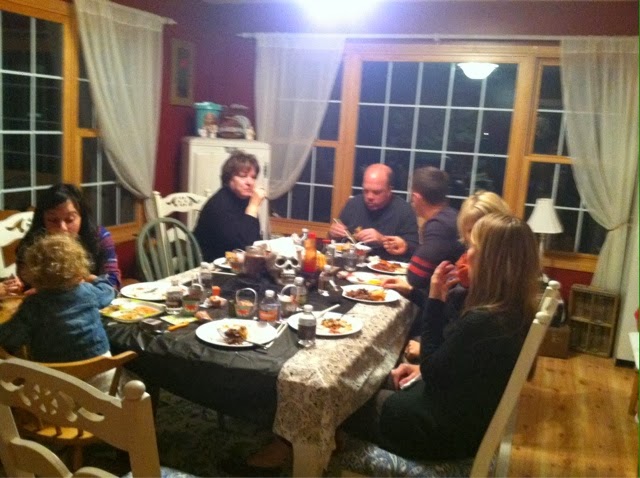 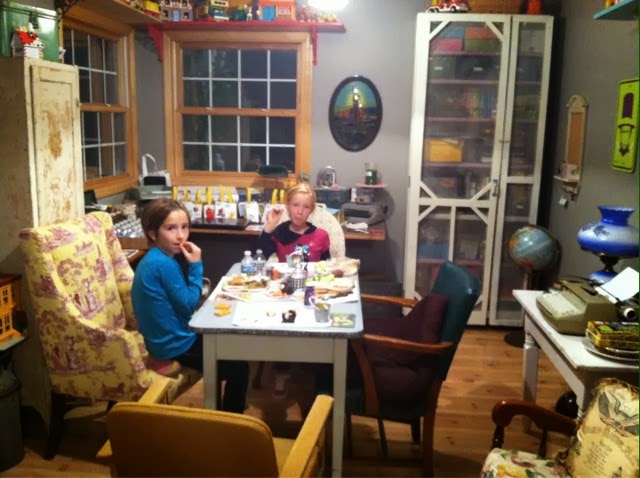 After eating a lot of food we cleared the tables and set about carving some pumpkins. Those with babies that needed to go to be left and the rest of us carved and visited. 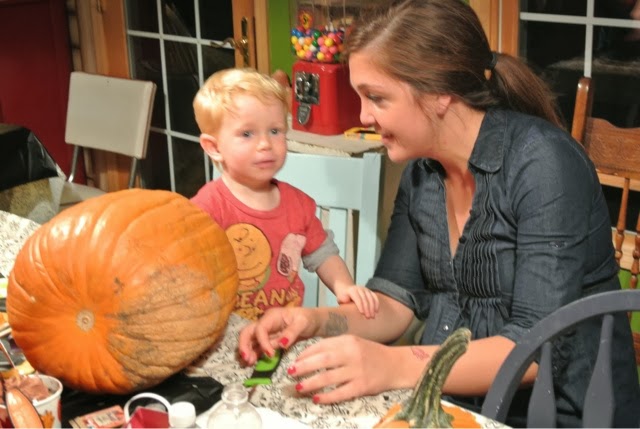 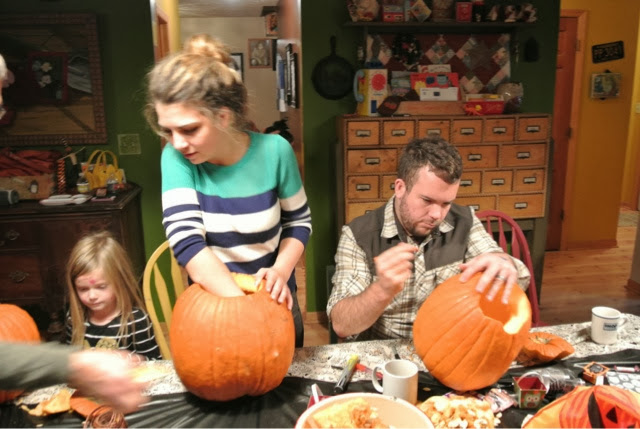 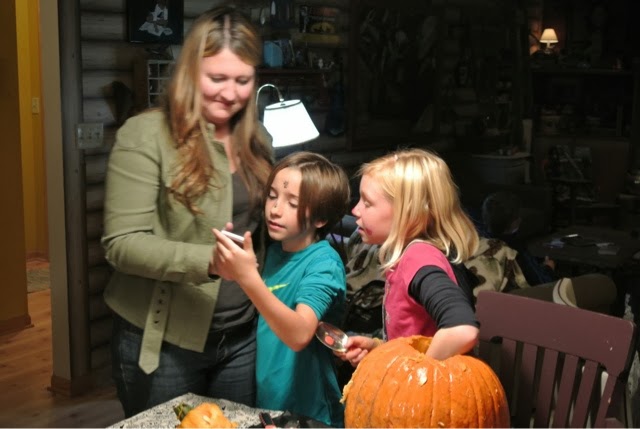 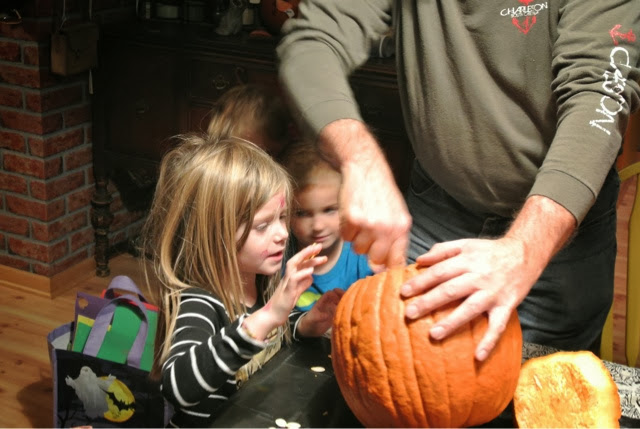 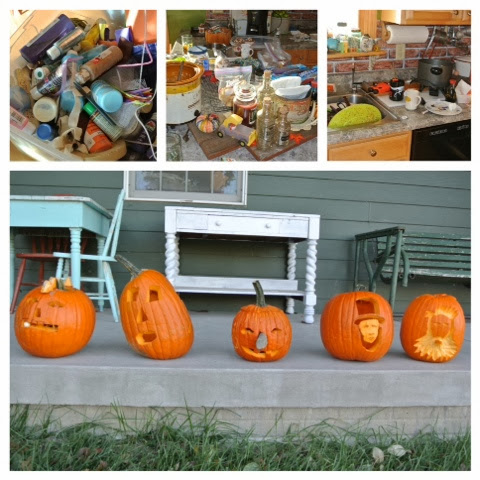 Did I get right to cleaning up this mess? Yes but then I got sidetracked by a nice round pumpkin I found sitting in the laundry room and I carved this. 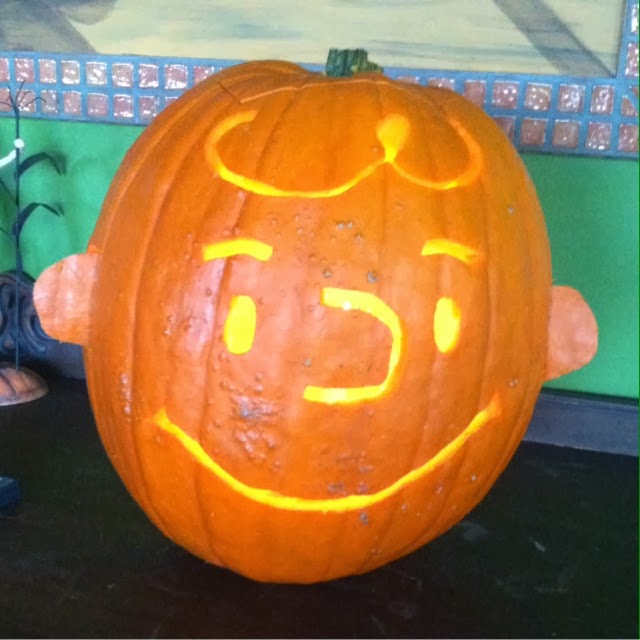