New Chicks on the Acreage...

Today Amiah and Hudson went with me to Tractor Supply to get some new chicks. They decided on the way that they wanted to name them. I was only going to get 3 but apparently they have a rule at the store that you have to buy no less than 6 so... 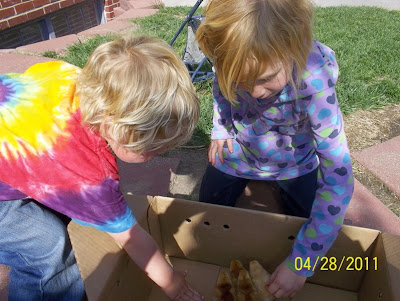 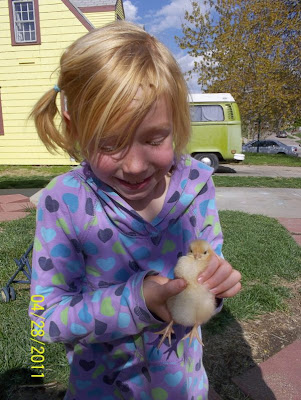 Amiah named this one Shorty.
She named two more, Reddy and Fluffy. 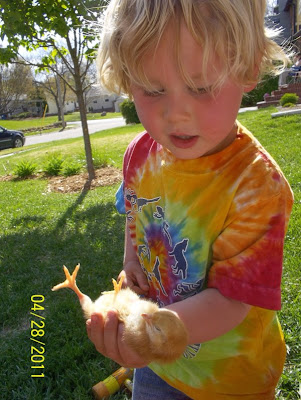 Hudson named this one Grapple Fork.
He named two others, Bucket and Hay Bale. 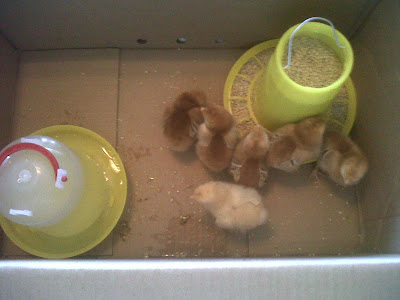 I let the kids traumatize the chicks for awhile then I brought them home to their own little box house.
Posted by Patti Clark at 4/28/2011 07:35:00 PM