On Saturday we left Lincoln at 9 a.m. and headed down to Kansas City with Chan and Brenda. Along the way we stopped at a few antique stores and also in the little town of Weston, MO, which is a quaint little town with all sorts of shops. 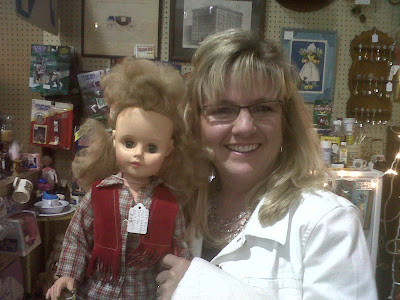 Brenda and I sent this picture to Bobbi to see if she could do Brenda's hair this way. 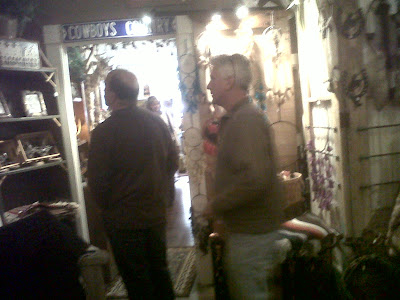 Not the greatest picture of Bryan and Chan (they both turned at the same time) but I was trying to catch them under the "Cowboy's Country" sign above them. 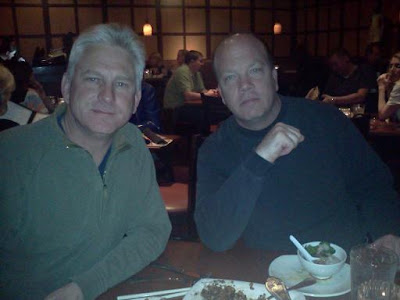 This we took for Ashley. Chan and Bryan in P.F. Chang's. 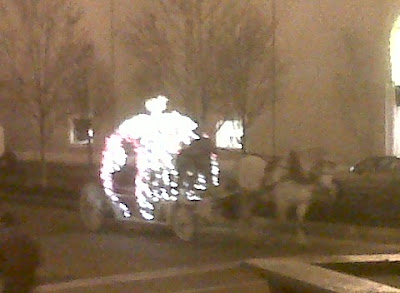 These were all over down in the Plaza. It was...wait for it...PROM NIGHT. OH my word. A million teenagers in dressy clothes. 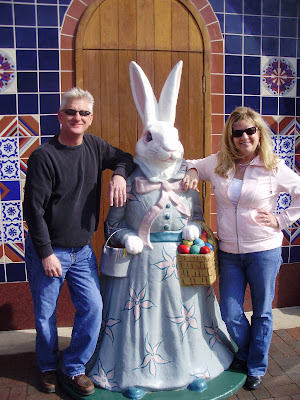 These rabbits were everywhere. They all had a name painted on them somewhere. I think this was "Bess" or something like that. 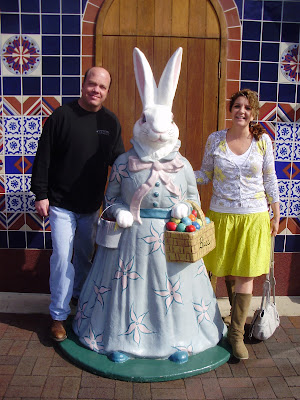 So of course I wanted us all to pose by her. 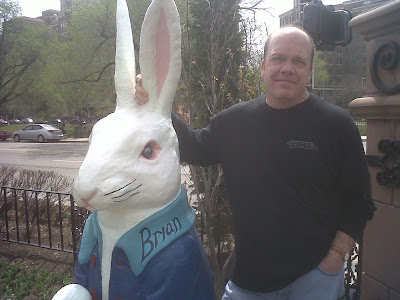 Then we found this guy!
After a lovely morning of walking around and looking in shops on the Plaza we headed over to the Arena where the PBR was being held. The weather was amazing. 85 and sunny.
Then it was time for the show.
They do warn you to leave the arena if you are sensitive to loud noises and flashing lights. 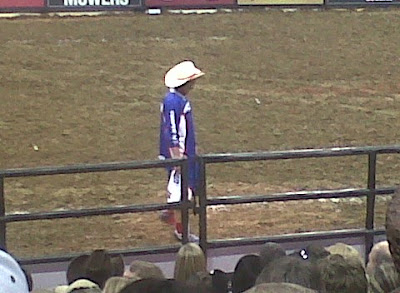 Flint, the clown. He turned right as I took this. He has some pretty good dance moves.
This is Ben Jones. He usually does a great dance after he rides but he got hit in the head at the end of this ride and they had to help him off. 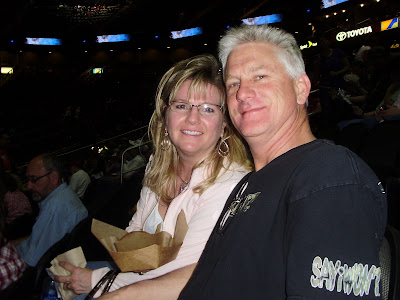 Brenda and Chan
The bull falling in this one was weird. 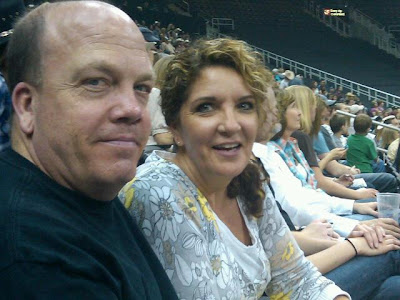 Not sure what I am saying here but I am sure it was really important. hahaha 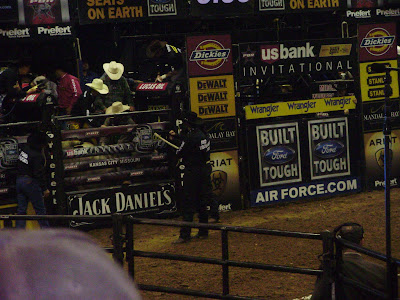